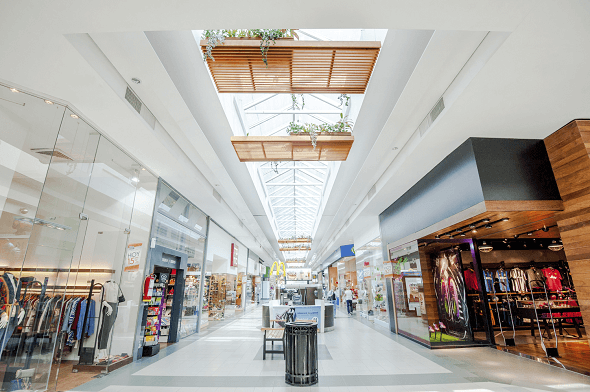 The company tried to retain Charney on board as a consultant for his marketing expertise, but the deal fell through within the last two weeks.

American Apparel Tuesday announced veteran fashion executive Paula Schneider as the company’s new CEO and said controversial founder Dov Charney would no longer be employed by the company following an investigation of his conduct.

The California-based company’s board suspended Charney on allegations of misconduct on June 18 and launched an investigation into alleged infringement of company policies. While he was suspended, he still served as a consultant and remained active the company. However, the investigation by the company and FTI Consulting concluded that Charney should not be reinstated as CEO or an officer or employee of the Company. His consulting relationship with the company has also been terminated.

According to reports, the company tried to retain Charney on board as a consultant for his marketing expertise, but the deal fell through within the last two weeks.

American Apparel Inc was founded by Charney in 1998. The company manufactures apparels and sells them in 245 of its own retail stores in over 20 countries and has nearly 10,000 employees. However, the company has struggled in recent years, reporting a loss of $106.3 million in 2013. The firm became quite famous for its risque advertising featuring young women and Charney’s inappropriate sexual conduct with female employees ultimately sparked a showdown with board members.

Since Charney’s ouster, American Apparel has worked under two interim CEOs. Currently Scott Brubaker is the CEO, who will remain in that role till the end of this year. Schneider’s appointment would take effect Jan. 5, 2015. She has previously served as a senior executive at retail and clothing companies including Warnaco, Gores Group, BCBG Max Azria and Laundry by Shelli Segal, the company announced.

“We’re pleased that what we set out to do last spring — namely, to ensure that American Apparel had the right leadership — has been accomplished,” said Allan Mayer, the company board’s co-chairman. “We are confident that Paula Schneider has the skills and background to lead the company to long-term success.”

In a formal statement, Charney said he was “proud of what I created at American Apparel” and “confident that, as its largest shareholder, I will have a strong relationship with the company in the years ahead.” “Naturally, I am disappointed with the circumstances and my over 25 years of deep passion and commitment for American Apparel will always be the core DNA of the company,” he added.

Anna Domanska
Anna Domanska is an Industry Leaders Magazine author possessing wide-range of knowledge for Business News. She is an avid reader and writer of Business and CEO Magazines and a rigorous follower of Business Leaders.
« Google planning to launch Amazon-like ‘buy’ button and two-day shipping to retailers
BlackBerry unveils New Phone, The Classic »
Leave a Comment
Close