What is happening with American Airlines – US Airways merger? 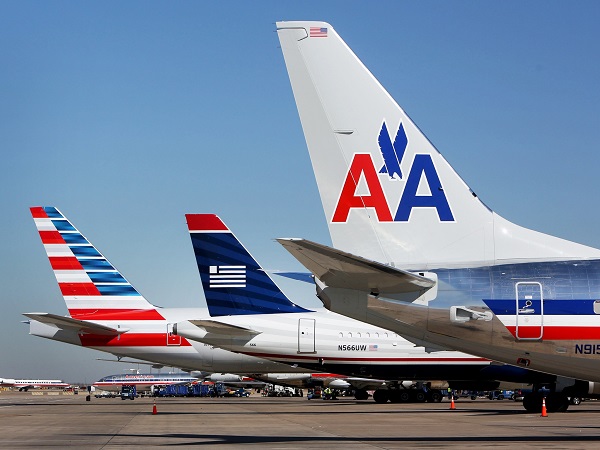 The federal judge approved American Airlines’ bankruptcy plan of merging with US Airways Group Inc. (LCC). He said a U.S. antitrust lawsuit who is seeking to block the deal was no reason to delay it.

Before approving the deal, Judge Sean H. Lane of the United States Bankruptcy Court in Manhattan,   stated that the Chapter 11 reorganization plan by AMR Corp. (AAMRQ), the parent of American Airlines, can’t take effect until the combination gets regulatory clearance. “There can be no dispute that the plan is feasible if the AA and US Airways merger succeeds,” Lane said.

The merger was challenged by U.S. Justice Department who sued American and US Airways in August, seeking a court order to block the airlines merger on the grounds that it would harm competition and passengers. The government has argued that American can arise from bankruptcy and compete on its own  even without the airlines merger.

The airlines have vowed to fight the challenge and a trial is scheduled for November before a separate federal court in Washington. They said the deal would be good for passengers, giving them more choices and generating more than $500 million a year in benefits. They emphasised the need to combine their networks to be able to better compete with Delta Air Lines and United Airlines, both bigger carriers that completed mergers of their own in recent years.
Lane said that the plan would be put at “unnecessary risk if confirmation is delayed” and divert AMR’s resources away from the antitrust case.

The bankruptcy judge Lane, challenged a $20 million severance under the turnaround plan for AMR Chief Executive Officer Tom Horton, said it’s not uncommon for plans to be accepted under a cloud of regulatory uncertainty. He also added that it was not compatible with bankruptcy law. However there’s nothing that can stop the airline from awarding the pay once the airlines merger is done.

American airlines wanted Horton’s severance to be part of its bankruptcy reorganization plan, saying it was vital to retain him after the merger. If the proposed merger goes through, US Airways CEO Doug Parker would become chief executive of the combined carrier and Horton would be chairman for a transition period.
In statement after the hearing, the carrier said that Horton would ask American’s board on Sept. 18 meeting to drop the payment from the plan to ensure it can be implemented.

Tom Horton “feels that any delay or uncertainty places a further burden on those who have worked so hard to achieve one of the most successful restructurings in aviation history,” American said in a statement. Removing the severance “will allow the plan and merger agreement to move forward.”

American airline spokesman Michael Trevino said, “The judge’s ruling today shows that American is heading in the right direction.” “We are focused on the antitrust case and will show that our planned merger with US Airways is good for consumers and competition.”