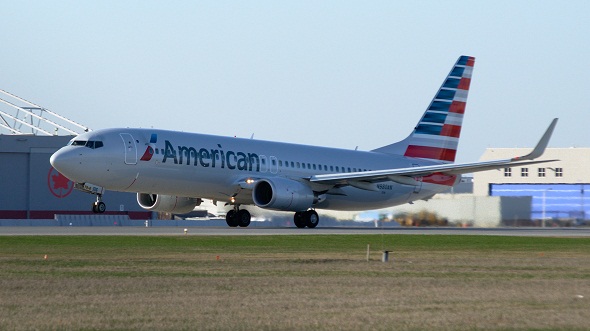 The Chief Executive of American Airlines Group Inc. Doug Parker on Monday exercised and sold 113,000 stock appreciation rights (SAR) that he received since past three years, when he was appointed as CEO of US Airways Group Inc. in 2013 merger of American and US Airways rights, same a stock options, translated into new American stokes on a one-for-one basis.

According to federal filling, Parker has exercised this batch of stock- appreciation units, as they got expired over the next 12 months. To promote his sales further, he built a securities trading plan for insiders – acknowledged a 10b5 plan. This portion of stock-appreciation rights were exercised at $6.70 per share. The Americans said that Parker grossed about $2.37 million after acquisition expense and paying corporate taxes.

Parker has other appreciation rights at award prices ranging within $3.10 to $38.44 per share, but he will have to pay to exercise them, before he wishes to sell them in the open market. At the time of stock sale, their value will depend on the share price of American stock for that moment.

At present, America’s current share price of $43 would be valued at about $8.94 million, with a loss of 20 per cent so far this year. Last year, Parker’s total compensation was $12.3 million, including 40 per cent in cash, along with a $700,000 base salary and an annual incentive payout amount of $2.8 million.

In his 2015 package, 54 per cent of the restricted stock units will vest in April 2018, only if American’s profit before tax (PBT) income margin for the prior three years achieves a threshold performance, as compared with a group of rival airlines companies, while the other 46 per cent of the restricted stock awards will invest in two installments, i.e., two-thirds on the first anniversary of the award and the rest a year later. According to a federal filing, Parker owns about 1.66 million American shares.