AMC Stock May Face a New Change in Shares

AMC has already begun taking Bitcoin, Ether, and other cryptocurrencies for payments and transactions in September.

AMC Theatres (an abbreviation for American Multi-Cinema) is the world’s largest movie theater chain, headquartered in Leawood, Kansas. In the United States, AMC Theatres, which was formed in 1920, has the largest market share, followed by Regal and Cinemark Theatres.

The operations of AMC Entertainment are divided into two categories: Domestic markets and Foreign markets that are stretched forth and wide in the world.

After the second wave of corona passed and the theaters opened, AMC’s stock reached an all-time high of $72.62 in May-June 2021, fueled primarily by retail shareholders, but since then, the company’s share price has been steadily declining. Its stock is currently selling at $20, a 70 percent decrease from its year-high. Those who bought at the start of 2021 are still getting a 1000 percent return on their investment. However, major elements could drive the company’s price to the level it was in December 2020 in the coming year.

Analysts agree that the company’s equities are still excessively costly and that the decline is likely to continue. The fact that top executives, including the CEO, sell their stock in bulk indicates that the stock is overvalued. The corporation is unlikely to achieve positive earnings after losing more than $1 billion in the first three quarters of the current fiscal year. Furthermore, the corporation has $5.4 billion in debt, with interest payments eroding the profit margin. 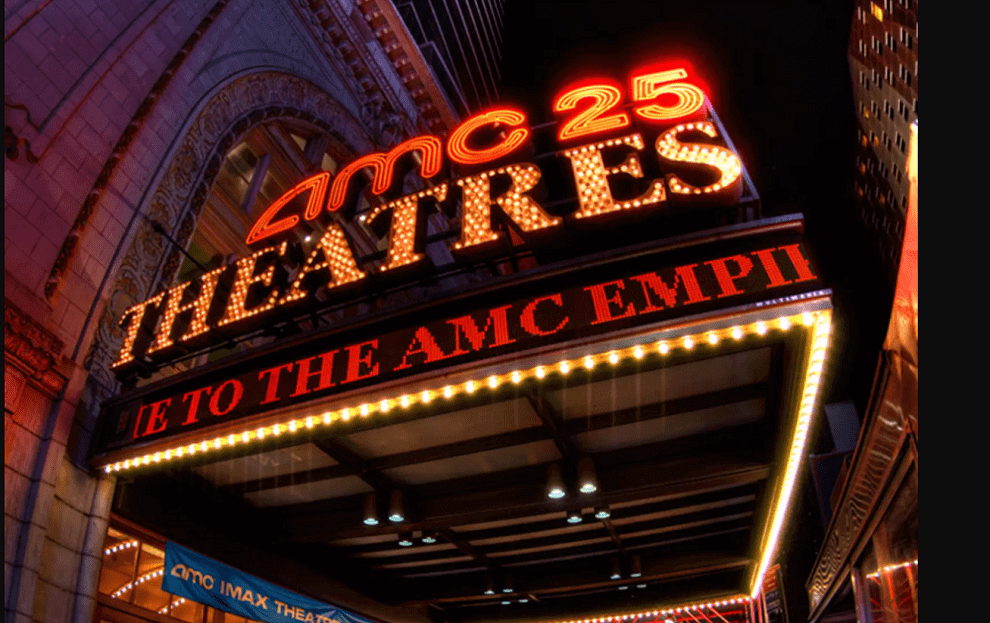 AMC Entertainment was the subject of one of the world’s largest short squeezes in 2021.

The company’s lone bright spot is that it is looking into the possibilities of entering the cryptocurrency market, as it is in negotiations with movie studios about the possibility of commemorative non-fungible tokens. AMC has already begun taking Bitcoin, Ether, and other cryptocurrencies for payments and transactions in September.

Apart from that, the corporation has little optimism, as the theatre industry has been shrinking and losing attractiveness due to the disruption brought by internet streaming platforms. The latest Marvel film, which was released in theaters in December, gave some comfort to AMC, but rising movie ticket costs are also a source of concern and a big issue influencing the firm negatively.

On Tuesday, February 1, 2022, AMC released a preliminary report of Q4 results that is an unaudited version. AMC had a financial loss of between $114 and $190 million, according to this study. In the last three months, AMC’s revenue climbed by $162.5 million. In comparison to the $946 million loss in Q4 of the previous year, net losses have narrowed. Operating cash is estimated to be around $216 million. AMC’s earnings for 2021 have improved, and the company now has $1.8 billion in cash on hand. AMC entertainment stated that they provided preliminary Q4 results to meet with possible investors ahead of time.

From a business standpoint, the corporation is unlikely to resurrect in 2022, and year-over-year growth remains questionable due to the emergence of new versions. Revenue and earnings reports, combined with significant indebtedness, do not justify the company’s stock price being excessive. Considering all of these reasons, the overall suggestion for 2022 is too bearish. The AMC share price may continue to fall, and no rebound appears to be on the horizon anytime soon, forcing individuals who own shares in the firm to sell.

AMC Entertainment was the subject of one of the world’s largest short squeezes in 2021. At the time, hedge funds were critical of the stock, with many believing that the company’s fundamentals were weak. Furthermore, AMC had been severely harmed by the Covid-related closures of its movie theaters.

For certain reasons, AMC shares may continue to plummet this year. However, we should expect a turning point years to come.

Christy Gren
Christy Gren is an Industry Specialist Reporter at Industry Leaders Magazine she enjoys writing about Unicorns, Silicon Valley, Startups, Business Leaders and Innovators. Her articles provide an insight about the Power Players in the field of Technology, Auto, Manufacturing, and F&B.
« What BlockFi’s 100M Settlement With the SEC Means for Future
Volkswagen is set to Launch Porsche »
Leave a Comment
Close