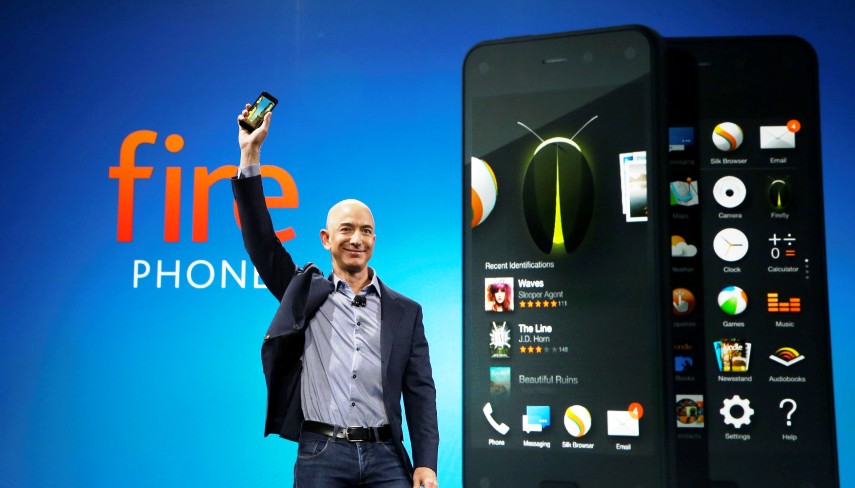 Despite being a major flop for the company, Amazon is not yet ready to give up on its Fire Phone. The e-commerce giant has infused a major software update to attract new market and please the negligible amount of people who own the device.

The new software will be made available through an over-the-air update rolled out by Amazon to the few Fire Phone users. Amazon launched the Fire phone in June to the much awaited audiences, but despite being marketed as a breakthrough in smartphone technology and boasting superior and unique 3D display the phone failed to impress its customers and hardly made a mark in the smartphone market.

The new features include the ability to translate text in English, French, German, Italian and Spanish. The update also enables the Firefly feature which can help identify 2,000 famous paintings. The camera also gets a new feature called as the Best Shot snaps, a feature that lets users choose among three versions of one photo to retain.

Amazon has also rolled out several new keyboard languages; users can now enable and disable SMS/MMS settings and a feature that allows users to block unwanted phone numbers. Users can also add custom ringtones and can now view more information from the lock screen of the device. Documents can be written and edited using WPS Office, which will come preloaded with the new update.

Other changes include synchronizing calendars across Amazon devices and reading Kindle books can be done in one long continuous scroll. It can also connect to a virtual private network (VPN) using the phone’s native IPSec/L2TP VPN client. Several improvements for battery life and bug fixes are also featured.

This software is now rolling out for both the AT&T and GSM unlocked models of the smartphone. At present, the Fire Phone is available for free on a contract with AT&T or $449 for the unlocked version.

Amazon senior vice president of devices, David Limp admitted earlier this year that the company blundered its way with the phone’s pricing by trying to put it the same level as iPhones and other high-end Android phones.

“We didn’t get the price right,” said Limp at the time. “I think people come to expect a great value, and we sort of mismatched expectations. We thought we had it right. But we’re also willing to say ‘we missed.’ And so we corrected.”