Amazon’s profit dropping due to investments 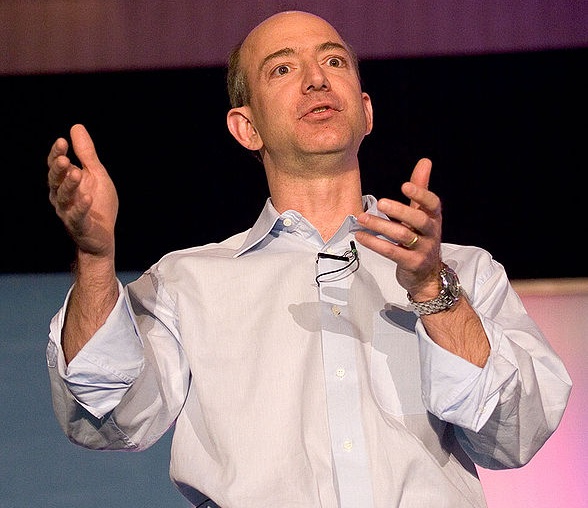 Amazon.com Inc., a Seattle-based company, reported quarterly results. According to data, Amazon’s sales growth had slowed down outside the U.S. and in addition, its profit margins had decreased as the company continued to invest in warehouses so that the delivery speeds would improve in the near future.

Amazon invests to expand its business

On Thursday Amazon, the internet retailer, reported a drop in its second-quarter profits after making a reinvestment for its future. Amazon reported a low profit of $7 million compared to $191 million from a year ago; it was a 96 percent drop. Overall revenue rose 29 percent to $ 12.8 billion; however it did not fulfill the Wall Street expectations. In addition, the Amazon’s product revenue, which includes traditional retail business, rose 25 percent to $10.79 billion. In turn, the service revenue, including online marketplace for third-party merchants and its cloud computing business Amazon Web Services, increased 57 percent to $2.04 billion. International sales growth also slowed down to 22 percent year-on-year compared to 31 percent in the previous quarter, the slowing down is mainly due to not satisfactory economic situation in Europe.  The data indicates that these “new businesses” are more profitable than Amazon’s retail operations. Scott Tilghman, an analyst at Caris & Co., said: “There was tremendous growth in Amazon’s higher-margin services,” adding: “I can’t find a quarter in the past nine years when Amazon’s gross margin was over 26 percent.”

However latest financial results mark the six straight quarter in which the company’s profit has dropped. Kerry Rice, the Needham & Co. analyst, noted: “It’s a growth company that’s investing heavily in the future.” He also added: “As long as the company grows around 30 percent or more, then people are going to invest a lot.” An Amazon most of its money invests in the new technology, digital content and distribution centers. The company has pronounced that this year 18 warehouses would be opened. 6 of 18 warehouses had been opened. Amazon decided to open so many new warehouses, because it aims to offer same-day delivery to more customers in big cities. Tom Szkutak, chief financial officer at Amazon, said: “We’re certainly … geographically always trying to get closer to customers.”  Moreover Amazon noted that they employ about 69,100 workers worldwide, which is a significant increase compared to 65,600 three months earlier.

It is worth underlying that Amazon’s profit was influenced by its $775 million purchase of warehouse-robotics company Kiva Systems. The purchase was finalized in May and it is said to be Amazon’s second largest, just behind its $1.2 billion deal for  Zappos.com in 2009. Amazon’s top executives hope that the latest purchase automated systems of will increase productivity as well as profitability in the long term.

A long run ahead

Amazon is spending a lot of money, trying to invest in its future. And even though the financial results, which were reported this week, show a decreasing profit, Amazon’s top executives are not afraid of the future. And however some experts say that Amazon’s profitability depends on discretionary decisions by management rather than structural issues because it can invest on so many fronts, Colin Gillis thinks something else. Gillis underlined that slowing international sales growth had showed that Amazon was not immune to the influence of the euro zone crisis and the weak economic situation elsewhere. Colin Gillis noted: “When you start to get to scale, the tailwinds of ecommerce [growth] start to have less influence than the headwinds of a macro slowdown,” adding: “Now they’ve got to a point where size matters.”

Anna Domanska
Anna Domanska is an Industry Leaders Magazine author possessing wide-range of knowledge for Business News. She is an avid reader and writer of Business and CEO Magazines and a rigorous follower of Business Leaders.
« Food prices to increase due to severe drought in the U.S.
Google Inc., Facebook Inc., Amazon.com Inc., and eBay Inc create the Internet Association »
Leave a Comment
Close

In the memo obtained by Geekwire, Nadella writes that he is aware of how much their talent is in demand. He appreciated their efforts in keeping the company running and thanked hi
5 hours ago

In a written statement, the company also revealed that they will give out a “a Q1 dividend of $18.8 billion to be paid in the second quarter, and have approved the distribution o
2 days ago

Morgan Stanley stock news listed PANW as one of the companies to watch out for in 2022. Analyst Hamza Fodderwala believes this stock is set to gain momentum as, “Security remains
3 days ago