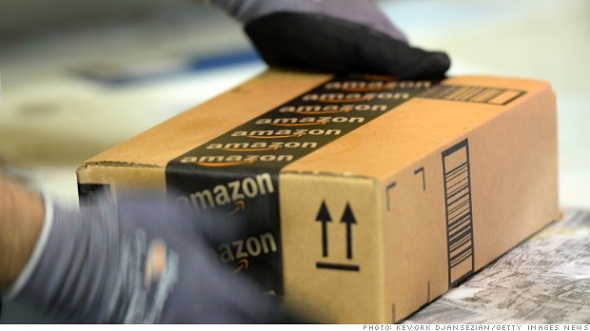 The San-Francisco based Amazon is considering a new Uber-Like delivery model, using a crowd-sourced delivery system that it opens a new pool of potential drivers to deliver packages and existing retailers to store them – all powered by a mobile app.

If the company’s new service materializes, then it will join both giant tech companies and startups looking beyond established delivery services like FedEx to curtail cut costs and delivery times.

A senior technology analyst with BGC Financial – Colin Gillis said that Amazon had more than $1 billion investments in shipping losses in last two quarters, so the company is considering the current scenarios as an issue for itself.

Gillis said that people have seen all Uber services that are travelling from point A location to Point B, and Amazon can still give a tough fight to its competitors, sticking a package in their delivery truck. So, it makes a sense for Amazon looking to develop a new Uber-like courier model.

Amazon’s new initiative internally is referenced as On My Way, which could allow the company to gain control over shipping cost that grew up to 31 per cent last year.

Unlike Amazon and Uber, there are many multiple players in the delivery space. Though, most of the players focus on relatively small regions like tech-smart urban areas like San Francisco and New York. Including GrubHub, Instacart, Deliv, and Google Express. As these services get expanded, analysts concern about the public acceptance and customers services.

Managing partner with the consulting firm cg42 in New York City, Stephen Beck said that it is going to be very interesting to see how the company deals with the inevitable challenges, which come up when there a situation arises like robbery or lateness or breakage of delivery goods.

Gillis said that he imagines a delivery model where a few individuals are willing to pay more for that big brown delivery truck to show up in the driveway rather, some random individuals.