Amazon to hire over 50,000 workers for holiday shopping season 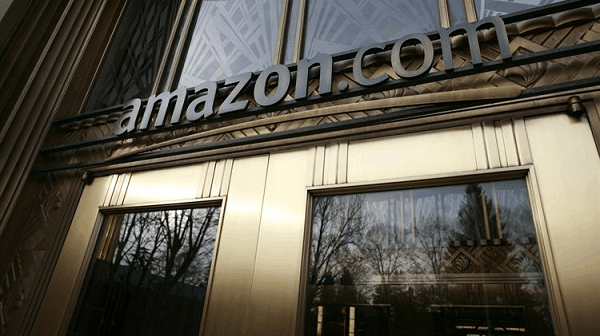 Amazon.com Inc. informed that it would hire over 50.000 temporary workers at its order-fulfillment centers across the United States for the upcoming holiday shopping season.

Amazon gears up for holiday season

Dave Clark, Amazon.com Inc.’s vice president of Global Customer Fulfillment, noted: “We’re hiring at our sites across the U.S. for talented individuals to help us deliver a great experience for our customers this holiday season. Temporary associates play a critical role in meeting increased customer demand during the holiday season, and we expect thousands of temporary associates will stay on in full-time positions.”

The company, however, did not specify the type of positions for which Amazon.com Inc. would hire temporary workers. Yet employees at its order-fulfillment centers typically perform acts related to tasks involved in online orders.

In addition, full-time workers of Amazon.com Inc. might expect stock grants and benefits. As it has been stated by the company, its full-time workers earn as much as 30 percent more than traditional retails employees. Stocks grants are said to have added approximately 9 percent to the base salary in the last five years.

Getting ready for holiday shopping season

Retailers usually decide to hire temporary workers in the weeks leading to the holiday shopping season to work either in stores or in order-fulfillment centers, etc. And the “hiring” announcement of Amazon.com Inc. is not the first one made by the U.S. retailer.

According to Challenger, Gray & Christmas, the outplacement firm, U.S. retailers have so far decided to hire approximately 413,700 temporary workers for the upcoming holiday shopping season.

Among those who plan to hire temporary workers is, inter alia, Macy’s, Wal-Mart Stores, Inc., Toys R Us, Target Corp. Macy’s, who owns Bloomingdale’s department stores, decided to hire about 80,000 seasonal workers. Just in September, Wal-Mart Stores, Inc. also informed that it would hire over 50,000 temporary workers for the holiday shopping season. Target Corp. plans to hire approximately 80,000 to 90,000 seasonal workers. Toys R Us is to hire about 45,000 workers, while Kohl’s, department store chain, announced it would hire approximately 52,700 temporary employees.

Certainly U.S. retailers hope to take advantage of the upcoming holiday shopping season as it is expected to be quite strong. According to estimates released by the National Retail Federation, the holiday season’s sales would grow approximately 4.1 percent from the last year, to $586 billion. In 2011 holiday sales increased as much as 5.6 percent and had grown 3.5 percent over the past decade, as it was stated by the National Retail Federation.