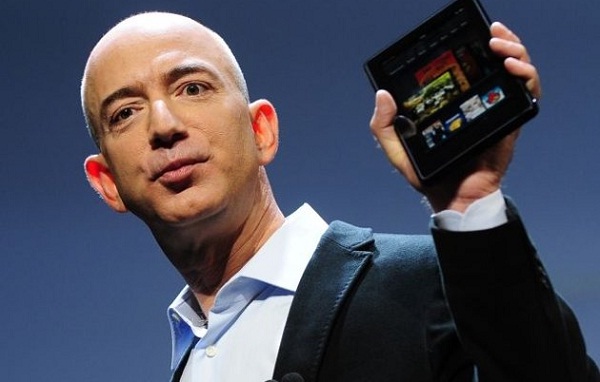 Amazon.com Inc. saw an increase in the fourth quarter earnings as revenues climbed by more than 20 percent during the holiday shopping season while the profits dropped as much as 45 percent.

Amazon.com Inc., the largest online retailer, reported an increase in its fourth quarter revenues as Christmas sales pushed revenues up by 22 percent. Amazon’s fourth quarter earnings were estimated to be about $21.6 billion, according to a company’s statement released on the 29th of January. The largest online retailer informed that the revenue for the same period a year earlier amounted to approximately $17.4 billion. Also the operating income rose by slightly over 55 percent to as much as $405 million while the gross margin of Amazon experienced a 4 percent increase. The holiday shopping season is thought to have helped to improve the revenue as the company offered various low-cost products with fast delivery. Amazon, which initially commenced its business as a bookstore, later widened its horizons by dealing in electronic and digital products. The company now stands in the market as one of the most sought out destinations for digital products and has been successful in grabbing market shares against rival High Street and online retailers.

Amazon has recently invested in 20 additional distribution centers to ease out the workload by reducing transportation costs and improving customer satisfaction. However, the company saw its fourth fiscal quarter profits drop as much as 45 percent. The company claimed to achieve net profits worth $97 million or slightly over 20 cents per share in the last three months of 2012, compared to about $177 million or 38 cents per share in the same period a year earlier. It is worth mentioning that Amazon’s fourth quarter earnings did not meet analysts’ estimates of $22.3 billion revenue. The inability to maintain multiple staffed locations and deep discounts offered by the company are cited as major determinants for the declining profits of Amazon.

Despite the 45 percent dip in profits, Amazon did not lose its market share. The Seattle-based online retailer experienced an increase in the price of its market shares in the after-hour trading hours. Initially during the day the stock prices reduced by about 5.7 percent in New York. Later on the 29th of January, however, the investors pushed Amazon’s stock prices up by around 10 percent to $284.53 in the after-trading hours. The jump in stocks “boggled” the minds of analysts, while many others are confused at the stock support received by Amazon. Despite the weaker-than-expected profits of Amazon, the company saw its operating margin rise by over 5 percent. In the previous quarter, the company had incurred a net loss worth $274 million. With the increase in stock prices, the analysts suggest that the strategy adopted by Amazon for free shipping and expanding storehouses might be beneficial in yielding returns. The operating costs of the company accounted for over 20 percent to $21 billion while fulfillment expenses increased from $1.66 billion to $2.26 billion.

Amazon received many complaints regarding the deceptive advantage for online buyers to shop tax free. In 2012, the company agreed to charge sales tax on the products sold in many US countries. The company believes that the growth of sales is slower in products which range in the $1000 category or above. Amazon has “heavily invested” in many European and Chinese markets and plans to open online stores in Spain and Italy.