The Amazon Rainforest, often referred to as the planet’s lungs may be close to the point of no return. Brazil’s rainforest has been on fire for the past three weeks as a result of cut-and-burn deforestation practices.

Fires are pretty common in the Amazon during the region’s dry season, which typically starts in July-August and ends in November. Over the last fifty years, about 20 percent of the rainforest has been cut away or burned, according to The Intercept. This year alone, there have been more than 72,000 fires across Brazil, with more than half of those occurring in the Amazon. According to data from Brazil’s National Institute for Space Research, that’s an 84% increase from the same period last year.

AMAZON RAINFOREST BURNING TO A POINT OF NO RETURN

The wildfire crisis continues to raze Brazil’s Amazon rainforest which could tip the Earth over the point of no return, climate scientists have warned. 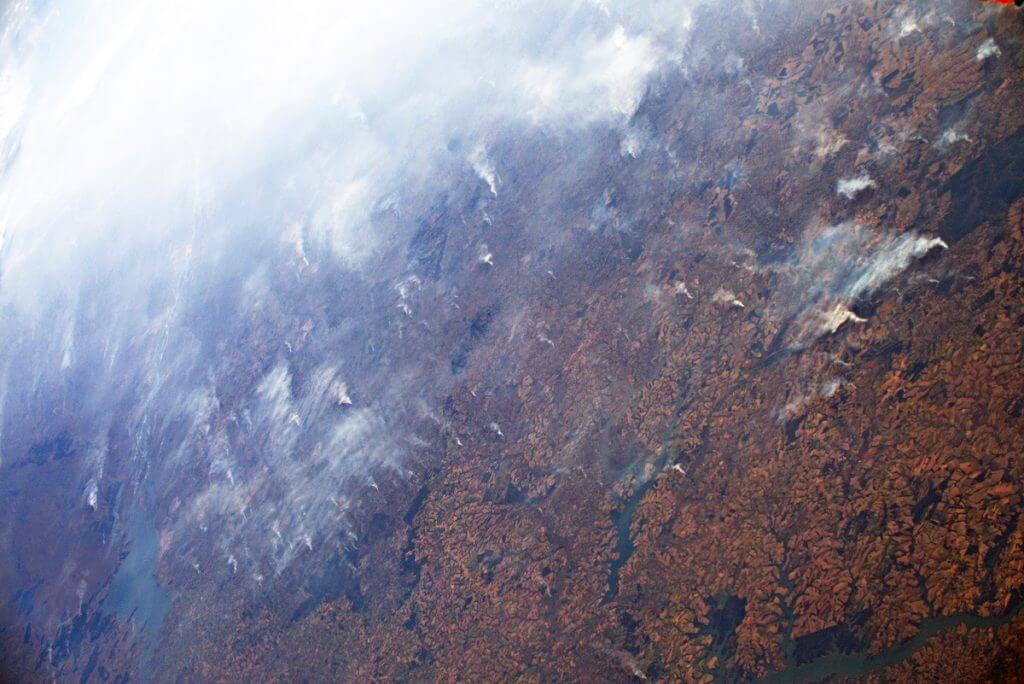 “We might be very, very close to the tipping point,” said Carlos Nobre, a climate scientist at the University of Sao Paulo in Brazil. And if we cross it, he said, “it is irreversible.”

Dramatic videos and pictures shared on social media under the hashtags #SaveAmazonia, #PrayforAmazonas, and #AmazonRainforest show the Amazon jungle engulfed in flames and smoke.

“The smoke, visible for thousands of kilometers, of tens of human-caused fires in the Amazon forest. #noplanetB #MissionBeyond” wrote Parmitano on Twitter.

The smoke, visible for thousands of kilometres, of tens of human-caused fires in the Amazon forest. #noplanetB #MissionBeyond pic.twitter.com/SyoydfJo39

The smoke from the fire raging in the Amazon rainforest has reached all the way to Sao Paulo, more than 1,700 miles away.

“This is #SãoPaulo, my hometown, covered in smoke particles from #Amazon fires (thousands of kilometers away) at 16:00 yesterday,” wrote Rafael Goldzweig (@schmuziger) on Twitter. “It normally gets dark around 18:00 this time of the year. Forest fires in #Brazil increased 82% this year compared to 2018.”

This is #SãoPaulo, my hometown, covered in smoke particles from #Amazon fires (thousands of kilometers away) at 16:00 yesterday. It normally gets dark around 18:00 this time of the year. Forest fires in #Brazil increased 82% this year compared to 2018. pic.twitter.com/atTmE3iwLM

#PrayforAmazon and #SaveAmazonia hashtags have been trending on Twitter for weeks as residents of Sao Paulo share images showing sky pitch-black in the middle of the afternoon.

A new timelapse video produced by NASA shows the movement of carbon monoxide in the upper atmosphere above South America from Aug. 8 – 22. The video shows plumes of carbon monoxide coming from thousands of forest fires currently raging in Brazil’s Amazon rainforest.

Scientists fear that the increase in illegal deforestation and the recent Amazon rainforest fire could bring catastrophic consequences to the planet.