Amazon pledges to long-term renewable energy on its cloud platform 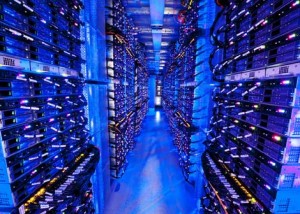 Amazon has pledged to achieve 100 percent renewable energy usage vowing to run its data centers completely on renewable energy, after being criticised by Greenpeace for being stuck in a dirty energy past.

Major tech companies are making an extensive environmental pledge to use renewable energy, considering the large number of data centers and machines they use and the amount of energy needed to keep them running. Amazon now follows others like Apple, Google and Facebook in adopting such a commitment, though the company did not commit publicly to a particular timeline for when this would be achieved.

“Amazon Web Services’ new commitment to power its operations with 100 percent renewable energy represents a potential breakthrough toward building a green Internet,” Greenpeace senior IT campaigner Gary Cook said in a statement. “With the world’s largest public cloud apparently joining Apple, Google, Facebook, and others in committing to power with 100 percent renewable energy, the race to build a green Internet may be gaining a crucial new competitor,” he continued.

In the meantime, Cook said Amazon’s promise is deficient in prime details. Apple, Google and Facebook Inc. have all developed road maps for attaining their goals of obtaining 100 percent renewables. Cook suggested that Amazon publish all details on its present energy and greenhouse gas footprint, as well as regular updates as those numbers change.

Amazon also has the chance to lead the effort against dirty utility providers in Virginia, Cook said.

With half of all AWS servers housed there, they receive only 2 percent of their electricity from renewable sources with the huge majority of its electricity coming from coal, nuclear power and natural gas.

The company actually failed Greenpeace’s April 2014 Clicking Clean test, earning three Fs and a D for energy transparency, policy, efficiency and deployment. The move represents a major shift for Amazon and it still has a long way to go to catch up with rivals Apple, Google, and Facebook, all of which announced major investments and green initiatives along with the pledge.