Amazon recently announced that it will soon close all its physical stores in the US and UK, including bricks-and-mortar bookstores, 4-star shops, and pop-up locations.

On March 2, the retail giant revealed its decision to focus more on the fashion and grocery side of its business. The company is set to open a clothing store in a Southern California mall later this year. Shoppers at Amazon Style will have access to the latest technology to scan QR codes to see more options in size and color, while checking out items on display.

Amazon aims to “focus more on our Amazon Fresh, Whole Foods Market, Amazon Go and Amazon Style stores and our Just Walk Out technology,” by closing the physical stores.

The company has expanded its retail presence outside the US by opening 4-star shops in the UK. 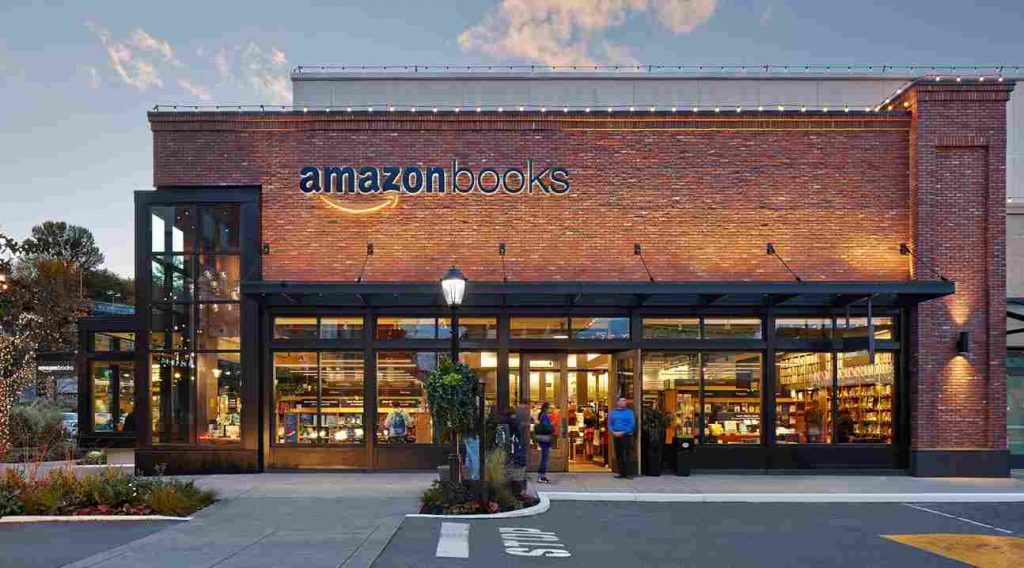 The retail gaint announced on March 2 that it will closing Amazon bookstores.

The e-commerce giant decided to build a place for itself in the physical retail space in November 2015. The company opened a bookstore called Amazon Books in Seattle, USA. At the time, they had promised customers that they would stock the most popular books and use technology to redefine the shopping experience.

In 2019, Amazon announced that it will be shutting down all its US pop-up kiosks to expand its physical stores. However, in 2020, the company decided to restart its retail pop-up game as these stores offered rotating themed products.

Furthermore, in 2020, Amazon launched its 4-star shops, mainly situated inside malls. These stores are called thus as all products in the store are rated 4-stars or above and are new, or trending on the online store. It has enough variety to resemble the experience of shopping online while providing customers with a more curated selection.

According to a CNBC report, the company’s physical stores performed far worse than expectations, especially in comparison to its digital storefront.

Amazon has always been experimental. The tech company’s combination of e-commerce and physical stores have taken out the competition in droves. The physical stores were a great way to understand customer sentiment, while learning what works on the ground.

The company currently has 24 bookstores, 33 4-Stars and nine mall pop-up kiosks. It is unclear how many workers will be affected by the shutdown and what will be done to help them move on. The retail giant has also not clarified how and when it will start closing up its physical stores. In a statement meant to reassure existing employees, the company declared that, “We remain committed to building great, long-term physical retail experiences and technologies and we’re working closely with our affected employees to help them find new roles within Amazon.”

Jeff Bezos and His Breakfast Octopus

In 2010, Amazon bought Woot.com from founder and CEO Matt Rutledge for a whopping $110 million. At the time, Woot was hailed as a marketplace disruptor for keeping customers happy with its unique service model.

Over a breakfast meeting, Rutledge asked Bezos why he bought Woot.

After a few awkwardly silent seconds, when Rutledge was almost ready to give up, Bezos answered, “You’re the octopus that I’m having for breakfast.” Jeff Bezos had ordered a dish called Tom’s Big Breakfast consisting of a Mediterranean octopus, potatoes, bacon, green garlic yogurt, and a poached egg. He continued, “When I look at the menu, you’re the thing I don’t understand, the thing I’ve never had. I must have the breakfast octopus.”

It wasn’t until Rutledge returned home and shared the story with a few of colleagues that something clicked. You see, before an octopus can be eaten, it must be killed.

This principle has defined Jeff Bezos’ strategy as he grew his simple online marketplace for books to a multinational conglomerate, with an imposing global presence. He might not understand or be familiar with something, but he is more than capable of recognizing the fact that it must be killed before it can be eaten.

Christy Gren
Christy Gren is an Industry Specialist Reporter at Industry Leaders Magazine she enjoys writing about Unicorns, Silicon Valley, Startups, Business Leaders and Innovators. Her articles provide an insight about the Power Players in the field of Technology, Auto, Manufacturing, and F&B.
« Netflix to Acquire Finland’s Next Games in $72 Million Deal
Grab’s Shares Crash as Losses Mount to $1.1 Billion »
Leave a Comment
Close