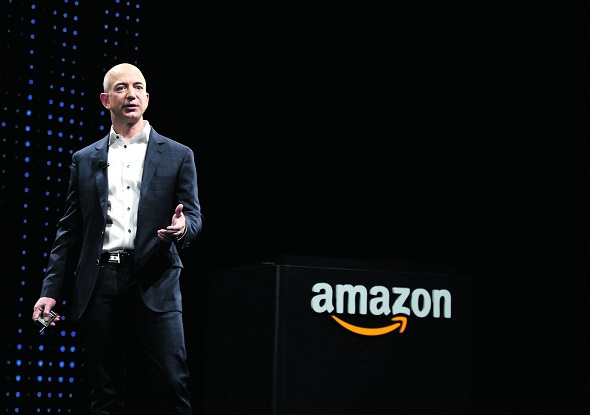 The European Commission is investigating Amazon Inc.’s 2003 tax arrangements with Luxembourg, following a series of similar investigations concerning global giants including Apple in Ireland and Starbucks in the Netherlands.

Formerly, the commission likewise said it was investigating whether Luxembourg had conceded unjustifiable tax advantages to Fiat Finance and Trade, an unit of the Italian automaker.

It should be noted that a nation’s practice of attractively lowering tax rates to bait global players is not unlawful under EU guidelines. However, creating special corporate tax deals that are not available fairly to all other companies is considered an equivalent of ‘illegal state aid’.

Avoidance of corporate tax has come under intense scrutinization in the U.S. and the EU in the past few years, in which deals are crafted in a perfectly legal manner with the help of officials such that companies have been able to save up to millions of dollars. Such deals are a form of subsidy at the expense of ordinary taxpayer’s blood and sweat.

Apple’s ax affairs in Ireland generated much attention; including a US Senate investigation after EU authorities in June initiated a probe into tax dealing they alleged amounts to illegal state aid.

The spotlight in current on Luxembourg, a tiny nation, home to several multinational companies operations, where tax investigations could possibly have an adverse effect on the companies involved in similar illegal practices.

“The tone of the commission’s comments relating to Luxembourg is generally harsher than their statements on Ireland,” said Heather Self, an accountant at the British law firm Pinsent Masons.

Investigation into the Amazon tax affair with Luxembourg is the most recent indication of the elevated inspections US internet and technology companies are dealing with in Europe, where officials have routinely addressed their tax practices, privacy policies and predominance of their business sectors. Amazon additionally is subject to similar scrutinization in Germany, where unions have gone on strike and book publishers have charged the online retailers of breaching competition rules.

The European Commission is addressing whether Luxembourg gave Amazon a tax bargain that may have empowered the organization to increase unjustifiable cost advantages over rivals.

“In a time when budgets are tight, companies should not be allowed to negotiate special tax treatment,” Joaquín Almunia, vice president of the European Commission and accountable for competition issues, said on Tuesday. “Some multinational companies are using tax strategies to reduce their tax burden, eroding the tax bases in some European states.”

Amazon said it received no such extraordinary treatment from Luxembourg. Luxembourg called the claims unfounded.

In spite of the fact that Amazon generated more than 50 percent of its $74 billion in income from the United States in 2013, European nations, especially Germany and Britain make up to the largest global markets. As per company filings, Amazon’s European operations generated income of about $20 billion in 2013, or two-thirds of the company’s worldwide sales.

The utilization of its international tax structure helped cut Amazon’s 2013 tax rate in the United States, which has an ostensible rate of 35 percent to 31.8 percent, as indicated by regulatory filings. A fraction of that lower rate was a result of a “foreign tax differential” of 8.1 percentage points connected to the Luxembourg strategy for its European taxes, the company stated.

Anna Domanska
Anna Domanska is an Industry Leaders Magazine author possessing wide-range of knowledge for Business News. She is an avid reader and writer of Business and CEO Magazines and a rigorous follower of Business Leaders.
« Phones to get ultrasound gesture control in first half of 2015
Avada Kedavra! AirSig technology that was created to kill text passwords »
Leave a Comment
Close