Amazon and Eero have announced reaching a merger agreement that will allow Amazon to acquire the home routers manufacturer. According to a statement released by the retail giant, Amazon and Eero merger deal will “help customers better connect smart home devices.” Of course, acquiring Eero will enable gadgets compatible with Alexa to become easier to set up if Amazon decides to tweak the router technology. The deal’s financial terms are yet to be disclosed.

Amazon’s SVP of devices Dave Limp said the retail company is “incredibly impressed with the Eero team” for inventing a Wi-Fi solution that allows connected devices to work easily. “We have a shared vision that the smart home experience can get even easier, and we’re committed to continue innovating on behalf of customers,” Dave said.

Eero is known as the company that introduced smart mesh router setups which overcomes dead zones of traditional routers and coverage problems. Eero’s design utilizes multiple access points, instead of a single router, to provide strong Wi-Fi signal over an entire apartment or home, working just as advertised. And the system is easily controlled using an intuitive smartphone app. The home router manufacturer also offers Eero Plus – a paid service that extends parental controls and security beyond the router’s normal capabilities. 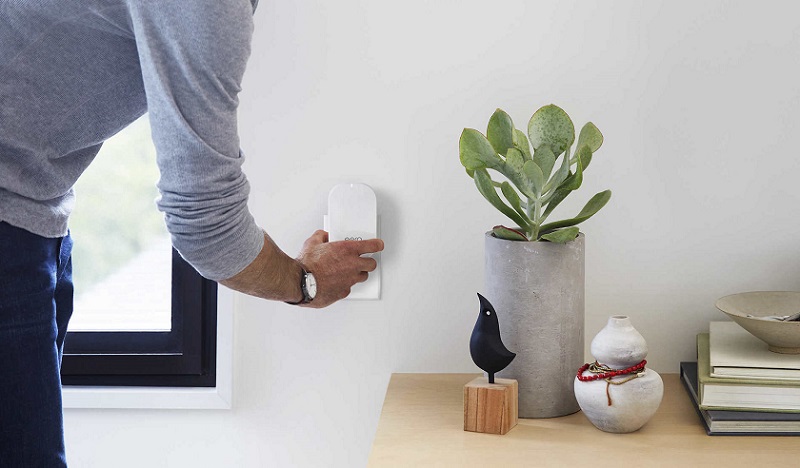 Other electronics companies such as Linksys, Samsung, Netgear, and Google have since released their own mesh bundles copying Eero’s design.

Eero brand would remain after the acquisition

A statement from Eero’s CEO and founder Nick Weaver suggests that the router manufacturer will maintain its brand at least in the near term. “We’re excited to learn from and work closely with Amazon,” Weaver said, defining the retail company as a team that will “bring Eero systems to more customers around the globe,” as it’s poised to accelerate Eero’s mission while defining the future of the home.

While Amazon is yet to disclose its future plans for Eero, we can bet on seeing Echo with Wi-Fi access point or Alexa-enabled router.

Eero acquisition by Amazon will not completely please the existing Eero owners. Amazon Eero acquisition will give the company more valuable consumer data and advance the retail giant’s dominance in smart home devices. Amazon keeps building up its smart home portfolio through acquisitions. It acquired smart doorbell company Blink two years ago and in 2018 snatched up Ring.

Building Alexa ecosystem that will feature Echo speakers and third-party devices has become a lot easier for Amazon by acquiring Eero; it can now bring everything together effortlessly. However, the data Amazon would share is still a question to ask. Eero assured a customer on Twitter that the acquisition will not affect its policy of not tracking users’ internet activity.

Anna Domanska
Anna Domanska is an Industry Leaders Magazine author possessing wide-range of knowledge for Business News. She is an avid reader and writer of Business and CEO Magazines and a rigorous follower of Business Leaders.
« Tesla Model 3 customers in Europe won’t use Autopilot yet
Apple Patent Suggests Drivers Can Secure Vehicles Via Face ID »
Leave a Comment
Close

Netflix has become synonymous with streaming movies and television. Not only that, Netflix reigns supreme in the world of streaming with mind-boggling 209 million subscribers. Here
7 hours ago