Amazon owns a 20% stake in Rivian, the electric vehicle startup that has filed for an initial public offering (IPO) in September, seeking a valuation of more than $70 billion.

According to the filing, the e-commerce giant holds equity investments, including preferred stock of Rivian with about 20% ownership interest. The stock value is worth $3.8 billion.

Amazon has invested overall $1.345 billion into Rivian, according to the filing report. Amazon also recently purchased $490 million worth of convertible notes in Rivian that will convert to Class A shares after the IPO.

Rivian received $440 million as a direct investment from Amazon’s Climate fund. And it inked a deal with Amazon to supply it with 100,000 electric delivery vans by 2030. The first lot was to be added to the ecommerce giant’s delivery fleet in 2021. At least 10,000 are due on the roads by the end of next year. 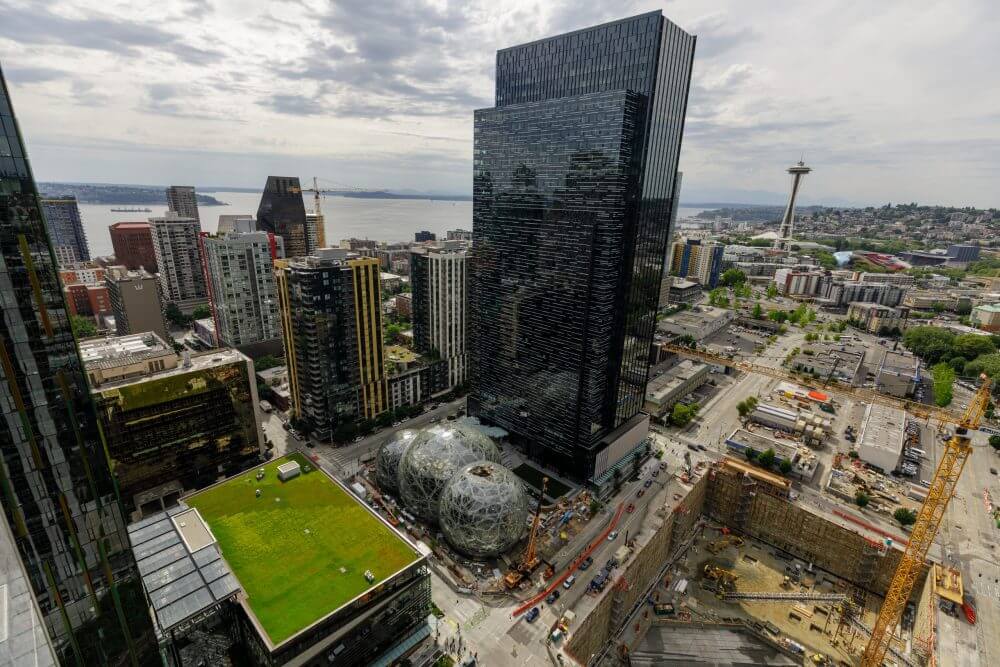 Amazon is not the only backer of Amazon. In July, Rivian got a $2.5 billion round of investment led by T Rowe Price. Amazon and Ford Motor back Rivian, and the new round takes its total investment to at least $10 billion, including a $1.3 billion round in December led by T. Rowe Price and including Amazon, Ford and BlackRock, according to Reuters.

Rivian’s IPO filing is replete with the mention of Amazon revealing the big part it has played in its process.

But there are some risks involved in having such a hugely invested backers for a startup that has yet to take off. Launching a startup is expensive, and one on such a large scale is doubly so. With an IPO seeking nearly a $70 billion valuation with no significant revenue or profits generated, it seems an over-reach.

“We expect that a significant portion of our initial revenue will be from one customer that is an affiliate of one of our principal stockholders. If we are unable to maintain this relationship, or if this customer purchases significantly fewer vehicles than we currently anticipate or none at all, our business, prospects, financial condition, results of operations and cash flows could be materially and adversely affected,” the company said in its filing.

The pandemic effect means that the delivery dates for the company’s initial SUVs have been pushed back a little, said chief executive R J Scaringe in a letter to customers last month. “Everything from facility construction, to equipment installation, to vehicle component supply (especially semiconductors) has been impacted by the pandemic,” Scaringe wrote.

The company has opened up more than six offices all around the globe and now employs around 2,400 people.

The EV maker is seeking to build a second US manufacturing facility and is reportedly also considering a European plant.

Scaringe had no plans to go public, according to an earlier press interview. He said, “We’re in a position where we’re well-capitalized to launch the products but we are rapidly expanding and growing and accelerating some of our future products. We’re seeing demand being significantly higher than what we initially anticipated, which is leading us to capacitive for higher levels of volume.”

The founder has stayed under the radar for almost a decade and made his plans public in mid-2018 before the launch of his first two vehicles, the R1T (the pickup) and the R1S (the SUV), at the LA Auto Show of the same year.

Anna Domanska
Anna Domanska is an Industry Leaders Magazine author possessing wide-range of knowledge for Business News. She is an avid reader and writer of Business and CEO Magazines and a rigorous follower of Business Leaders.
« Are CEOs Overpaid?
Microsoft’s Satya Nadella on Flexible Work and the Future of Work »
Leave a Comment
Close

San Francisco braces for the likely arrival of the new Covid-19 variant known as Omicron. The latest variant has a reproduction rate of two.
3 hours ago