The minimum tax rate would reap some $150 billion for governments, according to the OECD.

More than 130 nations agreed on Friday (Oct. 8) to set a new minimum tax rate for companies around the world. The global corporate tax rate is an attempt to deter tax avoidance by multinational companies.

Representatives of 136 countries agreed to enforce a global minimum tax rate of 15%, as well as a fairer system that requires companies to pay taxes in the countries where they do business.

The agreement is “a once-in-a-generation accomplishment for economic diplomacy,” U.S. Treasury Secretary Janet Yellen said in a statement. 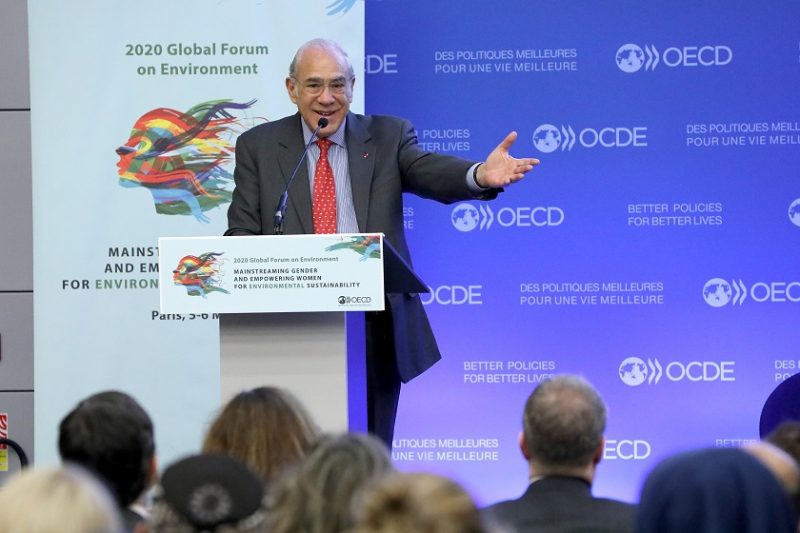 The global corporate tax deal was announced by the Paris-based Organization for Cooperation and Economic Development (OECD), which hosted the talks that led to it. According to the OECD, the minimum tax rate would reap some $150 billion for governments.

“Today’s agreement represents a once-in-a-generation accomplishment for economic diplomacy,” U.S. Treasury Secretary Janet Yellen said in a statement. She said it would end a “race to the bottom” in which countries outbid each other with lower tax rates.

“Rather than competing on our ability to offer low corporate rates,” she said, “America will now compete on the skills of our workers and our capacity to innovate, which is a race we can win.”

The landmark deal goes beyond setting a global minimum tax rate. It aims to create new rules for the digital era. Under the agreement, tech bigwigs like Amazon, Facebook and Google will be required to pay taxes in countries where their goods or services are sold, even if they have no physical presence there.

The accord will reshape the way the world’s largest companies have been taxes for several decades. We’ll now see multinational companies pay more taxes while also spreading taxable revenue more evenly to countries where those businesses earn sales.

The exact formula for working how much companies will owe across various jurisdictions still needs to be worked out.

How Did We Get Here?

Ireland, which had declined to join the accord in July, signed up after the preliminary agreement was revised to remove a stipulation that rates should be set at a minimum of “at least 15%.” The new tax rate would apply to 1,556 multinational companies based in Ireland, employing about 40,000 people.

The number of countries prepared to support the agreement fluctuated on Friday, with India, China and Brazil agreeing at the last moment. Only Sri Lanka, Nigeria, Pakistan and Kenya held out.