According to reports, the Seattle-based e-commerce giant Amazon.com is reportedly planning to expand its growing portfolio by branching into the local services market. The program will directly connect consumers to people and companies in their area that provide services like home repair, babysitters, hairdressers, handymen and contractors that are guaranteed through Amazon. 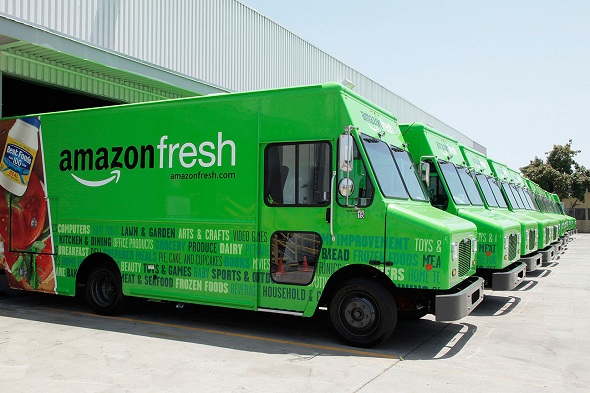 The service is slated to debut in just one city this year, though a more specific timeframe has not been given. Amazon’s move takes aim at services like Yelp and Angie’s List who are currently the go to sites when looking to hire local services. When it comes to home improvement services, Home Depot and Lowes all have online features that link consumers to contractors and handymen services.

Services indicates a new phase for Amazon, which has concentrated on selling products as it diversified from books into consumer goods, groceries and media. Local services are enormous and expanding, but it has been hard for marketplace companies to make profit, since offerings need to be tailor made to each place or region.

In the last few months, Amazon has begun the job of forging partnerships with contractors and other service professionals in Seattle and San Francisco that already connect service providers to consumers through their own mobile apps and web sites. In order to gauge demand and test logistics, the new offering is said to follow the same slow pace of Amazon’s grocery delivery service, Amazon Fresh.

The company has also been experimenting with tying in product services. For example, Amazon recently conducted a test on its website offering installation services to people who purchased Nest thermostats.

It is predicted that a local services marketplace would extend Amazon’s job as a middleman for third-party vendors, which account for nearly 40 percent of Amazon’s sales. The company will not only facilitate the transactions but guarantee the quality of the local services with its “A-to-Z Guarantee” which the company already provides for items sold by third-party sellers on its website.

One company that Amazon started working with in January was San Francisco-based Thumbtack, a start-up that functions as a matchmaker between 63,000 service providers and consumers. Thumbtack, which received funding over $49 million from investors including Sequoia Capital and Tiger Global Management, said the average project on its site is $600. It drives an estimated $1.8 billion worth of business to their site annually.

Chief Executive Jeff Bezos had always wanted to provide local services on Amazon’s website. He personally invested in a Seattle based start-up Pro.com, founded by former Amazon executive Matt Williams, which assists customers in finding contractors and evaluate the costs of home repair and improvement projects.

Volvo Cars will stop producing gas and diesel cars over the next 9 years, replacing the fleet with all-electric cars. ...
13 hours ago

The addition or deletion of stocks to stock market indexes can lead to havoc in the trading world. There is speculation about the GameStop s...
13 hours ago