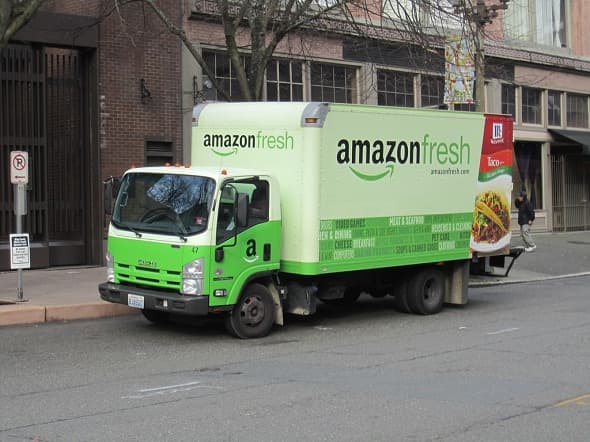 The e-commerce leader- Amazon.com is aiming to add food, cereal, and baby products to its fledging line up of house label. The company’s strategic move seeks to capitalize on grocery delivery services and customers’ evolving acceptance of store brands.

Amazon is getting ready to take off its flight with the likes of Target and Wal-Mart deeper into the grocery passageway, and Costco Wholesale. The online retailer planned to increase its private labels lineup into groceries, such as cereal, milk, and baby food products, as revealed by a source, on Thursday.

A source revealed that early in May, Amazon filed for trademark protection for at least two dozen categories under its existing brand umbrella, including soup, coffee, pasta, and household products, such as cleaning products, and razor blades.

According to a source, Amazon has approached a few private-label food manufactures for partnering, including TreeHouse Foods. The company venturing into private-label grocery comes, as food is becoming major business for major food retailers. The company anticipates that groceries can bring more amounts of profit margins, despite of having lower retail prices a few retailers charge, as the company can hoard on the marketing costs.

The new products would be an expansion of Amazon’s Elements brands that launched in December, with two products- baby wipes and diapers, the second of which shut done in the month of Jan. after lukewarm customer response. Elements products will only be available to Amazon Prime Members, who pay a $99 membership charge, annually.

As these are food products in which Amazon could be question regarding their quality of manufacturing process. But, Amazon Elements products disclose information regarding food ingredients, as well as where and when the products were manufactured and processed. Unlike other things, Amazon Prime provides unlimited same-day delivery services in targeted markets and two-day shipping- for a $99 fee-annually.

Unlike Amazon’s other businesses, this would be its first trial at selling its own line of food. But, it’s still vague why Amazon is making a move into this category product. According to a source, it revealed that Amazon’s strategic business move will help the company to increase its profit margins, as private label products cost less for marketing and its distribution.

Last year, Amazon lost $241 million on $89 billion. Amazon’s instant move to sell private labeled products, will allow the company to beat experienced competitors that have plans to enhance their own business’s brand.