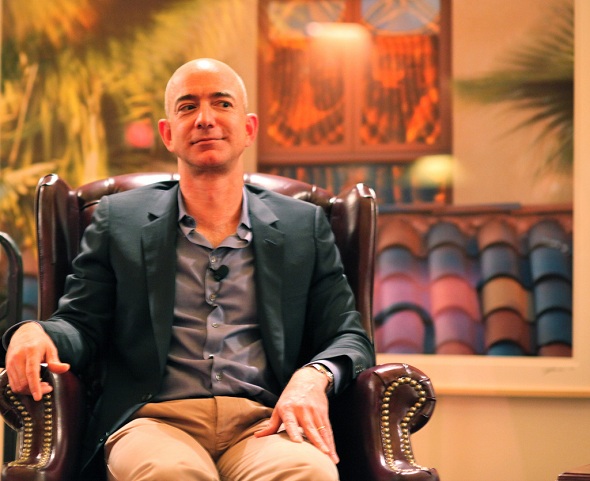 The retail giant has never revealed the exact number of Prime subscribers, except to say it is in the tens of millions. (Image: Amazon CEO Jeff Bezos)

This year proved to be another record shopping holiday period for Amazon which saw lots of online activity. Amazon.com Inc reported that 10 million new members have signed up for the company’s Prime service over the holiday season.

The Prime service, which cost customers an annual membership fee of $99 confers free two-day shipping and streaming on millions of qualifying items including select movies and songs, essential to drive its growth and margins. The two-day shipping was likely the big draw for customers particularly the last-minute shopping sprees that ensured to get to customers and their loved ones right in time for Christmas. Along with that a host of other perks that comes from being a member like Kindle perks such as e-book and video rentals, and even its one-hour delivery service, Amazon Now, which debuted last week in Manhattan, New York.

However, it is still unclear as to how many of the 10 million new members were simply making use of a standing 30-day free trial offer. The retail giant has never revealed the exact number of Prime subscribers, except to say it is in the tens of millions. Analysts believe it is growing at a rapid rate, and each year the company continues to try and come out with some new content.

Earlier, online retailer eBay closed down its Now delivery service and it seems that Amazon has taken over the feature, with the company announcing plans of expanding Amazon Now in other cities next year

Amazon said that consumers ordered more than 10 times as many products through the same-day delivery this holiday season, compared with a year earlier. It did not disclose the figures for Prime Now.

“We are working hard to make Prime even better and expanding the recently launched Prime Now to additional cities in 2015,” CEO Jeff Bezos said in a statement.

Anna Domanska
Anna Domanska is an Industry Leaders Magazine author possessing wide-range of knowledge for Business News. She is an avid reader and writer of Business and CEO Magazines and a rigorous follower of Business Leaders.
« Facebook to face lawsuit over unauthorized message scanning
Microsoft to replace Internet Explorer with a new web browser »
Leave a Comment
Close

Hyundai Motor says the vehicle recalls are expected to cost the company about 1 trillion won or an estimated $900 million. In South Korea, 2...
11 hours ago