If the progress of the e-commerce portals keeps surging, obviously in some years the U.S e-commerce giants will enter the Chinese markets. Probably this is the reason big Chinese companies are tapping into the biggest potential sectors before welcoming the states. The e-commerce ruler of China, Alibaba is ready to give Amazon a breakneck competition. How? Well, recently it launched a new device named – Tianmao JinglingX1 (a Mandarin name translating into- Tmall Genie). If you think launching a new device cannot be a competition for Amazon, think again. This device is strikingly similar to Amazon’s Echo and Google’s Smart Home Speakers. Now you know why we are pressing on the fact that the Chinese market is ready for some competition.

What set the Tmall Genie apart from the Amazon Echo are two main factors. One, this device by Alibaba communicates with the users only in Mandarin, the Chinese language. Second, it is available only for users in China. So if you are not a Chinese resident or if you don’t know Mandarin; tough luck getting your hands on one. And even if you do, you won’t understand a word of how to communicate with Tmall Genie. 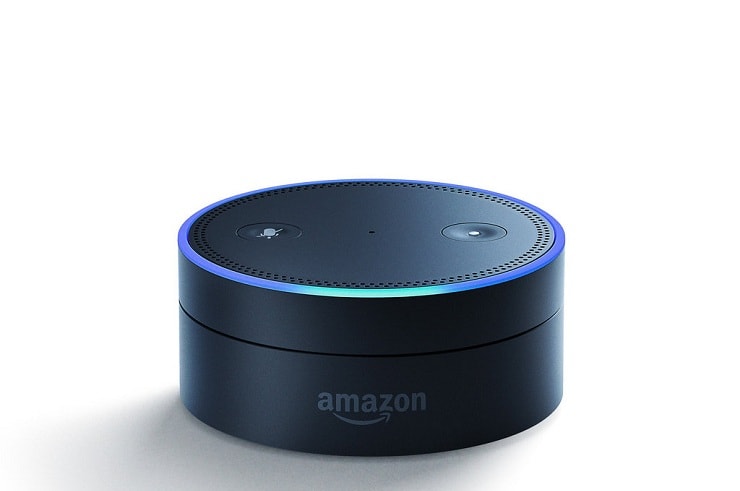 While comparing both the smart home devices we observed that there are many functions that are similar in both the devices. Just like Amazon Echo, the device by Alibaba offers voice control over various other connected smart devices. It also offers on-demand weather assistance. Not only this, it assists you with live music streaming, news updates, recipes, and much more.

For the Echo, Amazon users have to address it by saying ‘Alexa’ to activate it. Google Home users do the same by saying ‘OK Google’. In a similar manner, users can activate the Tmall Genie by simply saying ‘Tianmao Jingling’. Moreover, this device can be used to order products from the Tmall, an online shopping site of Alibaba.

Rip Off Between the Two Devices

A negative factor for Amazon is that currently it does not offer support in Chinese language for its Echo devices. After the launch of Amazon Echo in 2015, it has extended language support for only German and the U.K English. Fortune reports that the e-commerce giant also plans to launch next in India for the Echo, and a China launch is yet farther.

Well, Alibaba is not the only Chinese company to launch a smart home voice assistant. Previously, companies like JD.com (e-commerce) and Baidu (search engine) have launched similar devices. JD.com’s LingLong DingDong and Baidu’s Xiaoyu Zaijia are devices ready to compete with Alibaba’s Tmall Genie. And the market for voice controlled assistants is constantly surging. The local players of China are taking the center stage currently to create a niche position for themselves before allowing foreign companies.

Renowned local giants like Alibaba are taking up the market space with smart devices in the Chinese market. If players like Amazon enter the Chinese market is less likely that they will prosper. Given this reason, it is also a major possibility that such U.S companies are less interested to put a foot forward in one of the biggest economies of the world.