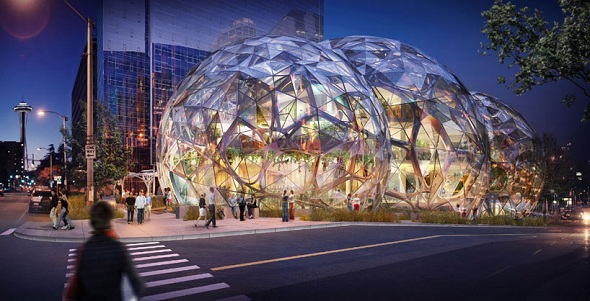 World’s biggest online retailer, Amazon.com Inc.’s Chief Financial Officer Thomas Szkutak after serving for more than a decade, will step down in June 2015 and will be succeeded by Brian Olsavsky.

“Szkutak and Olsavsky will work together to conduct a seamless transition of CFO responsibilities over the next 10 months,” Amazon said in a statement.

Olsavsky, 51, is currently Amazon’s VP of finance for the worldwide consumer business, will work with Szkutak through the following 10 months ahead of the structural transition, the Seattle-based e-commerce company said today in an announcement.

“Tom’s impact over the past 12 years is evident in every part of our business,” said Amazon CEO Jeff Bezos in a statement. “Under Tom’s stewardship, customers have benefitted from category expansion and geographical expansion, along with amazing new businesses like Amazon Web Services and Kindle.”

Szkutak Retiring To Pursue Other Interests

Szkutak has often been called the company’s motivational speaker, and is famous for his use of fuzzy terms when it came to talking about Amazon’s future business prospects. Szkutak said, he was retiring to spend more time with his family and to pursue other outside interests.

“It’s been a privilege for me to work with so many talented people who are continually inventing on behalf of customers,” said Szkutak in a statement.

Olsavsky, has been with Amazon since 2002, will be in charge of overseeing costs as Jeff Bezos, the company’s founder and CEO continues to invest profits into cloud computing, warehouses and gadgets such as the Fire smartphone. The recent 15 percent drop in the company’s stock from 59 percent last year, has turned out to be quite a worrisome issue for investors.

“The key thing with Tom and his successor is managing to strike that balance between investment and profitability, which has been weighing on investors’ minds,” RJ Hottovy, an analyst at Morningstar Inc. in Chicago, said in an interview. “The next CFO will have to make clear that they are weighing that balance.”

Szkutak’s exit is the latest in the series of departures of CFO’s especially among technology companies. Apple Inc., Facebook Inc. furthermore Twitter Inc. have all promoted their CFOs in recent months. Apple and Facebook both promoted finance executives who were at that point were already at the organizations to the role, while Twitter had to look outside to appoint a veteran investment banker.

Szkutak made millions of dollars in compensation for his valuable work. In the previous five years, his compensation totaled just about $15.6 million, incorporating $14.9 million in stock awards.

Olsavsky, who has held different positions in finance at Amazon, and at one time worked at Fisher Scientific International, he graduated from Penn State University.

Michael Pachter, an analyst at Wedbush Securities in Los Angeles, said Szkutak didn’t address investors past earnings conference calls, which separated Amazon from other technology companies. With the new CEO having worked with Szkutak for more than a decade, very little will probably change, Pachter said.

Expenses at Amazon have increased by 24 percent to $19.4 billion in the second quarter which has turned into another worrisome factor for investors. Bezos has likewise been spending much of the company’s resources on content, including $100 million to create TV shows to watch through Amazon’s Instant Video service, a music-streaming service and a book-subscription plan.

A week ago, Amazon announced its second-biggest acquisition, by purchasing Twitch Interactive Inc. for $970 million. Twitch was being chased by Google Inc. for quite some time before Amazon seized it. Twitch is an online forum with more than 55 million.