This is the third time the world’s richest man has sold Amazon shares worth billions of dollars.

Jeff Bezos sold more than $3 billion worth of Amazon shares, according to media reports citing Securities and Exchange Commission filings. According to the report, the transactions were made on November 2 and 3. The buyers of the shares were not revealed. Bezos will receive $2.3 billion after taxes for selling 1.8 per cent stake (or 1 million shares) of his company.

This is the third time this year that Bezos has sold stocks from his company. The total cash out tallies up to nearly $10.2 billion.

In August, Jeff Bezos offloaded around $3.1 billion shares. Before that, in February, he sold nearly $4 billion shares of his company. In 2019, Bezos sold $2.8 billion worth of shares of Amazon. The transaction was part of a pre-arranged plan to sell Amazon shares in accordance with insider trading laws. Amazon declined to comment on the latest sale.

Even with the latest stock sale, Bezos remains the richest person in the world, with more than 53 million shares worth nearly $170 billion.

Bezos revealed in an earlier interview that he sells about $1 billion of Amazon stock each year to fund his rocket start-up, Blue Origin. 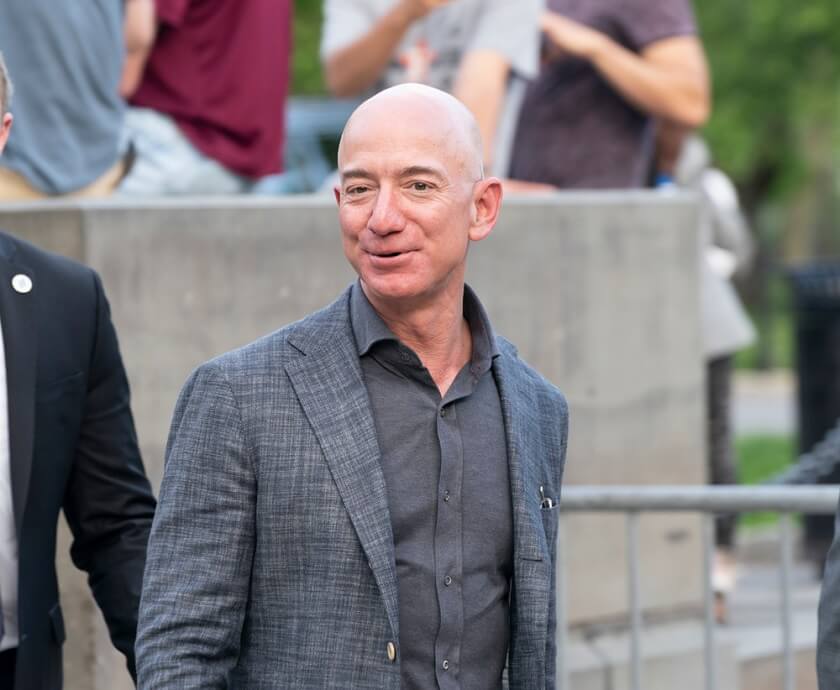 Another venture that Bezos has started is a $10 billion Earth Fund to back research to combat climate changes. “Climate change is the biggest threat to our planet,” the Amazon chief executive said in February. He committed the aforementioned money to the effort and said he would begin issuing grants in the summer. This, in effect, means he pledged more than 7% of his then wealth to the effort.

But the pandemic derailed the plans of launching the project in the summer.

Grants will be given to scientists and activist organizations to research into processes and projects to prevent further devastation of our planet.

According to a report in The Atlantic, $100 million each will be given to the Nature Conservancy, the Environmental Defense Fund, the Natural Resources Defense Council and the World Wildlife Fund.

Bezos has also committed $100 million to the World Resources Institute, a sustainability-research organization, according to the report. He has also promised $10 million to $50 million to smaller non-profits working in the field of energy and sustainability. They are: Energy Foundation, the Union of Concerned Scientists, the ClimateWorks Foundation, and the Rocky Mountain Institute.

A spokesperson for the Earth Fund told the Atlantic reporter, “This list does not reflect the complete range of organizations that the Earth Fund has been speaking with and that will be receiving grants from the fund in this initial round—stay tuned.”

The funding list has raised some eyebrows, as this represents a very conservative and traditional list. The big receivers all are already well funded, with big budgets running into millions. Also, their approach to climate change is deemed to be old fashioned and not very evolved. The Environmental Defense Fund and the Natural Resources Defense Council are supposed to be too corporate-friendly to do any overreaching benefit to the cause.

Their approach is centered around pollution control and restricting emissions, whereas the problem is now more embedded and far-reaching than some technocratic solution. A whole economic outlook and social shift is needed to bring drastic and immediate changes to the problem, which has already reached its tipping point.

Also, the World Wildlife Fund and Nature Conservancy both have been involved in some dubious dealings recently.

All of the recipient groups are 501(c) 3 nonprofits, which means they are legally prohibited from intervening in political campaigns, or even appearing partisan.