Amazon befriends young ones with its kids content on Kindles 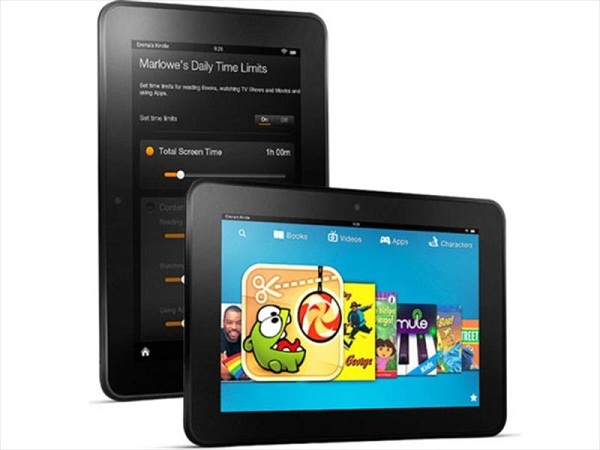 The holiday shopping season is approaching slowly to its end, but Amazon.com Inc. does not want to back down. The company has announced a new service Kindle FreeTime Unlimited which is designed to be child-friendly. The company decided to introduce the service which is dedicated mainly to 3-8 year olds.

The additional service, which was designed by Amazon.com Inc., is aimed at luring 3-8 year-olds’ parents who want to give their children funny and even sometimes educational moments on the Amazon’s Kindle Fire tablet. Amazon.com Inc. decided to offer the Kindle FreeTime Unlimited that provides children books, movies games as well as apps.

What is more, parents can set profiles for their beloved young ones as they are able to limit viewing times, not to mention that  they are given that the possibility of getting their own profile on the Amazon’s Kindle Fire tablet.

As it was underlined by employees of Amazon.com Inc., this new service also allows one to plan in advance and it is quite useful when it comes to, for example, a trip. Peter Larsen, Vice President of Kindle at Amazon.com Inc., stated: “You can choose to download content as you see fit. If you know you are going on a trip in the car and you want a couple TV shows, a few games and maybe a map app and a book, you can just download that within FreeTime and hand it over to your kid and away they go.”

Amazon.com Inc. has also taken care of irritating advertising and in-app purchasing stuff as they have been removed from many titles. Therefore using the Kindle FreeTime Unlimited service on the Amazon’s Kindle Fire tablet is expected to be only pleasure.

The company has been long preparing for the war with its arch rivals. And then they are Amazon Kindle Fire tablets, which are offered for a competitive price, compared with tablets of its competitors. The current tablet war is circling around as Microsoft Corp., Google Inc. and other technology companies are trying to win back market which is currently dominated by Apple Inc.’s iPads.

And there is a new war on the horizon… Companies are trying to win the title of the best kids’ tablet. Amazon.com Inc. knows that this market is important and profitable as well. Therefore it has introduced the Kindle FreeTime Unlimited service.

According to findings of a Nielsen survey, children between the age of 6 and 12 want to get Apple Inc.’s iPad Mini and iPod Touch for the Christmas gift. So the war is worth the effort.