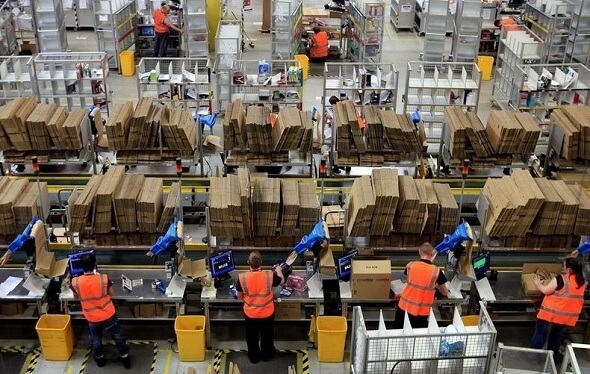 America’s biggest e-tailer has around 50 warehouses across the U.S.

Amazon.com plans to boost hiring of thousands of seasonal staff in the U.S. this holiday season, to meet the expected swarm from herculean holiday orders.

America’s biggest e-tailer announced on Thursday that it would hire 80,000 new workers at Amazon’s 50 U.S. warehouses. The amount this year is a 14 percent increase from last season, when Amazon declared that it would hire 70,000 employees around the same time.

Mike Roth, Amazon’s VP of North America operations, said Amazon anticipates converting a portion of the seasonal employees into full-time workers, as it has done previously.

Since the start of 2014, Amazon has employed more than 10,000 temporary employees for full-time jobs. Roth stated that they are anticipating converting over thousand more jobs across their growing network of fulfillment and sortation centers past this holiday season.

The e-tailer has witnessed a rapid growth in its logistics network which guarantees speedier delivery times for customers, which also includes Sunday delivery hours, and anticipates that it will establish an Amazon owned shipping network on the basis of its expansive infrastructure. Before the year is over, Amazon additionally plans to have more than 15 sortation centres in addition to fulfillment centres. The addition of these centers will help Amazon ensure a significantly speedier delivery.

Previously, Amazon has been blamed for sweatshop-like conditions at its fulfillment centres. The organization has since attempted to separate itself from the grisly public image, propelling a career training program for an irrelevant discipline, and introducing public tours of its units.

As of June 30, Amazon had 132,600 employees (includes full-time and part-time), excluding seasonal staff.

The seasonal hiring spree comes a week after the National Retail Federation estimated a $ 617 billion holiday shopping in 2014, which is a 4.1 percent increase from a year ago.

A few Amazon contenders likewise expect to beef up staff for the occasion. Wal-Mart announced a month ago that it would include 60,000 holiday workers, which is a 10 percent rise from 2013. Target too has plans to hire 70,000 holiday employees, about the same as it did a year ago. Furthermore GameStop will bulk up its seasonal employees by 47 percent, giving jobs to 25,000 workers in the next few months.

With the estimated surge in online holiday shopping, a majority of package-shipping companies have fired up their hiring. United Parcel Service, which scrambled to manage mammoth holiday shipments last year, also plans to hire more than 95,000 seasonal employees, a number 85,000 up from figures made public in 2013. Wal-Mart Stores Inc. announced that it is expanding hiring plans this year, after hiring a limited number of workers in 2013. Macy’s announced that it would hire around 86,000 season employees, a number up from 83,000 from last year, while Kohl’s has made plans to add about 67,000 workers, from 50,000 in 2013. Retailer Gap Inc. too has plans to hire 63,000 employees.

The fading of the pandemic and the rollout of vaccines has brought in some good cheer for the floundering air travel industry. More countries have opened up for business and are al
11 hours ago

Sanne, a UK fund administration business that provides alternative asset and corporate services, has agreed to hold talks with private equity firm Cinven over a potential £1.4bn t
22 hours ago

Global stocks rose to an all-time high, with investor showing confidence in a strong economic recovery from coronavirus and the vaccine effect, but the market is still a bit cautio
22 hours ago