Warning: preg_match(): Unknown modifier '/' in /home/customer/www/industryleadersmagazine.com/public_html/wp-includes/class-wp.php on line 223
 Amazon and Walmart Battle It Out in India

Amazon and Walmart Battle It Out in India

Over the recent weeks, the Indian e-commerce sector seems to have turned into a giant battlefield for behemoths Walmart and Amazon. The opportunities presented by one of the world’s fastest-growing economy may explain why Amazon is rushing to play the spoiled sport to Walmart’s plans. For months, there were unconfirmed reports of a bidding war between the two with the world’s second-largest population of online shoppers – 1.2 billion people.

Walmart ultimately announced it would spend $16 billion to buy 77% of Flipkart, one of India’s largest online retailers that have held its own handily against Amazon.com. But as the two continue to headbutt in Indian e-commerce, it may not be Walmart that poses the biggest threat to Amazon’s success in the country. The retailers should be much more worried about legislation making its way through the Indian parliament that could put up a number of roadblocks for foreign giants in favor of mom and pop businesses.

A Tougher Nut to Crack

Current regulations in India forbid foreign-funded companies from keeping e-commerce inventory in India. This prevents online retailers like Amazon from using its considerable logistics expertize and warehousing experience. At the same time, it also limits much of the advantage the company gains with it Fulfilment by Amazon operations. While the company has hoped for newer, favorable rules, India plans to enact stricter rules on mega-sellers like Amazon and Walmart.

As per the proposed regulations, India seeks a level playing field for local companies by “encouraging domestic innovation and boosting the domestic digital economy to find its rightful place with dominant and potentially non-competitive global players.”

Another reason to worry about is the requirement that any customer data generated from India would be required to be stored on Indian servers. This may hinder progress and increase the operations cost of large tech companies. Giants like Facebook, Google, and even payments services companies would be affected by the draft legislation. Meanwhile, international credit card companies like Visa and Mastercard as well as domestic players like PayPal have been told that any information accumulated on Indian customers must be stored on the servers in the country no later than October. 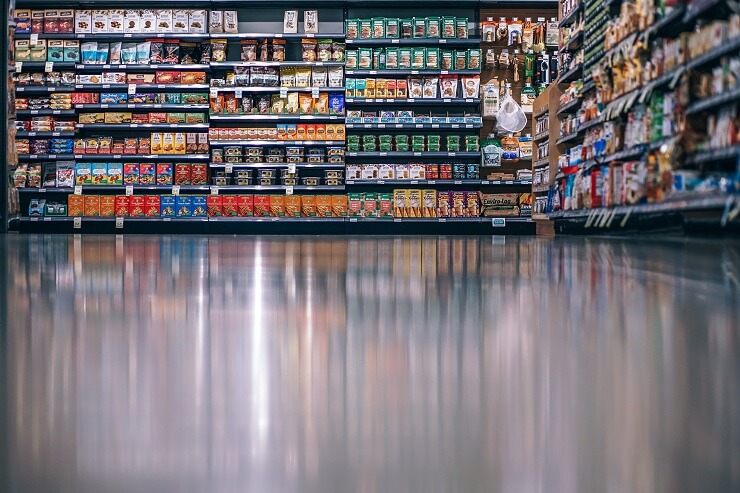 Walmart has the biggest advantage as more than 90 percent of the US population lives within ten miles of a Walmart store.

Other provisions require foreign firms to comply with the same prerequisites as domestic companies, such as two-factor authentication for logging into websites. The new regulations will restrict the discounts offered by online retailers.

India seems to be following in the footsteps of China, passing regulations that would give a leverage to local companies over foreign entities. For instance, a measure enacted in China forbade non-Chinese companies from owning or operating technologies linked to a cloud company. This forced Amazon to sell some of its assets related to its Amazon Web Services (AWS) to a Chinese partner in order to comply with the law.

Amazon had a head start in the e-commerce business over Walmart. Last year, it accounted for 44% of all e-commerce sales in the U.S., and 4% of all retail in the country. It’s also important to note that Amazon still faces significant challenges from favorites in foreign markets like Flipkart in India, Alibaba in China, and MercadoLibre in Latin America.

In addition to immense competition from local competitors like Snapdeal and Flipkart, Amazon faces regulatory setbacks which favor local companies, making the path to international growth, much more challenging.

What are Amazon and Walmart to Achieve?

If interpretations made by analysts are correct, then it’s deeper than a competitive rivalry between Amazon and Walmart in India. Their actions to a certain extent are competition-influenced; the larger objective comes from their understanding of the snags their customers are facing.

Today, Indian customers have the option to shop the way they want. Their shopping behavior reflects the time, technology, retailer’s offerings, and the overall experience. In this case, either Walmart or Amazon claims they are an online player and hence can only offer in limited ways to the over-demanding customers.

This tantamounts to taking an inside-out position, i.e. to have an online presence as well as a brick-and-mortar store. Would it work, especially when shopping preferences are fastidious?

The enormous focus is put on the ‘consumer’ and everything they do is aimed at addressing the needs of the customer. With an ‘outside-in’ approach, where Amazon and Walmart, become a contractor for assembling solutions that can be delivered to the customer.

If the customer is not technology savvy, Amazon has developed a voice-assistant like Alexa where all orders can also be placed through voice. With barcodes of the products, you can order the product again using Dash, a device that effectively scans barcodes, making life easier for the customer and offering the service he/she wants.

If the customer is not always in a position to accept the orders at their home, they can conveniently collect them. This, however, seems to be one of the biggest hitches of retail customers globally. With Whole Foods, Amazon has availed curbside pick-up. Walmart, on the other hand, has the biggest advantage as more than 90 percent of the US population lives within ten miles of a Walmart store.

It’s also a great lesson for other behemoths. Companies mustn’t restrict themselves to look through the narrow lens of the regulatory snags; in the end, it boils down to being present through multiple channels and integrating each one of those to provide a superior experience to their customer.

Fitch Ratings, a global leader in credit ratings and research, has inked a partnership with a French artificial intelligence startup as it e...
4 hours ago