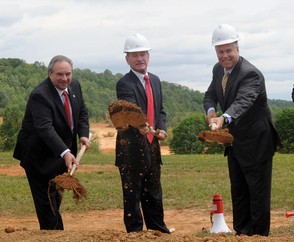 Kevin Crutchfield, CEO,  Alpha Natural Resources Inc.  said that  Massey Energy Co. tops its list of companies to acquire this year. He strongly feels that Alpha’s step to agree to pay 21 percent premium for Massey energy based in Richmond, VA is completely worth it.

What makes him think so is the fact that this combination would lead to their emergence in the Global market as a leader in production, sales as well as metallurgical coal reserves.  Massey’s current CEO, Mr.Baxter Phillips on Saturday said in his statement, “This transaction represents a tremendous opportunity for Massey to partner with our Central Appalachian neighbor, Alpha, to create a new industry leader.”

Massey’s long time CEO Don Blankenship who retired last year and opposed the deal will not be the part of the combined company. Industry watchers are constantly monitoring this linkup as it may lead to trust issues with the customers; however, a very hopeful Mr. Crutchfield reportedly said that they are sure to clear the Federal Trade Commission and emerge successfully with receptive customers  to back them up.

Alpha is all set to acquire Massey in a cash and stock deal which is valued at a whooping $7.1 million according to their Saturday announcement and are now well on their way to become the world’s third-biggest producer of coal used by steelmakers. This is the perfect time as global demand for the resource is rapidly growing and supplies are becoming increasingly scarce. The combined company will have coal reserves of 5 billion tons and 110 mines along with high quality reserves if steel making metallurgical coal.

In a Saturday interview Mr. Crutchfield said, “We’ve always thought the combination between Massey and Alpha could be very compelling, and we were fundamentally convinced that the world was going to remain fundamentally under-supplied for metallurgical coal for the foreseeable future.”

Alpha Natural Resources, Abingdon, VA announced its expectations to gain $150 million in synergies within the second operational year of the combined company. This too he feels is likely a conservative estimate while going over a list of potential synergies.  The combined company will have a broader range of coal qualities blending into innovative products for the steel maker market. In addition to that savings on production and transportation are an additional bonus. There have been plenty of instances in the past when Alpha trucked its coal past Massey coal preparation plants to reach its own facilities.

The China and India market have high demands for coal with supply disruptions in Australia owing to the recent floods pose a better market for U.S. Coal producers in the global market.  The combined company reportedly will have 25 million tons of port capacity  which has lately been a big deal for coal producers owing to the greater demand.

Alpha’s president and chairman, Kurt Kost and Mike Quillen respectively will fill those posts at the combined company while Crutchfield will continue being the CEO. Massey’s current CEO, Baxter Philips will have an advisory role since he has all the knowledge this industry needs. Crutchfield admitted that he would not go further without Baxter’s help.

Alpha is is no mood to sell off assets and close mines. Their strategy is to increase production to make the best of the current International market conditions for coal. They will increase margins by optimizing their equipments based on their market valuation.

The biggest problem for Alpha at this stage is clear the accident last year at Massey’s mine in MontcoaL which killer 29 miners and led to suit from the families of 2 miners for wrongful death under state law. A criminal probe and federal investigations are also going on. Crutchfield hopes that before the acquisition closes the disaster related issues will be resolved giving a proper closure to everybody including the family and the industry. 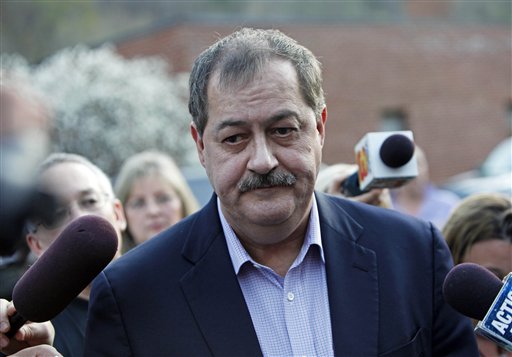 Don Blankenship, CEO, Massey Energy who retired at the end of the year

The acquisition was not on the cards several years ago but finally Alpha has reached the finish line.

PepsiCo will sell Tropicana and other juice brands to a private equity firm in exchange for pre-tax proceeds of 3.3 billion dollars.
3 hours ago

Sanofi’s CEO Paul Hudson is dead serious about mRNA technology and capabilities with a $3.2 billion acquisition offer to Translate Bio.
4 hours ago