With the speed of drone production on an all-time high, it won’t be long before we’ll watch drones buzzing above us for food and package deliveries. If drones are used for delivery purposes as discussed, it will be difficult to enjoy the sky in its vastness as thousands of drones would be flying in just one particular locality. This vision has awakened the scientists about the need to induce air traffic control for drones. Without such monitoring, the air traffic would be in a ruckus which would adversely affect airplane transportation as well. Taking this into consideration, a new drone-tracking system has been innovated.

Alphabet, the parent company of Google has decided to take the reins of the innovation of such a system in its own hands. Alphabet has a reputation of having separate sectors on the basis of technology. Now it seems that the drone-tracking system can be the latest addition in these sectors. Air-traffic control is essential as in its absence, all these drones might clash into each other causing damage to objects or even humans. Alphabet wants to make sure that drone delivery is absolutely efficient to avoid any such mishaps. Also, such transportation will make delivery quite hassle-free and quicker if done correctly. 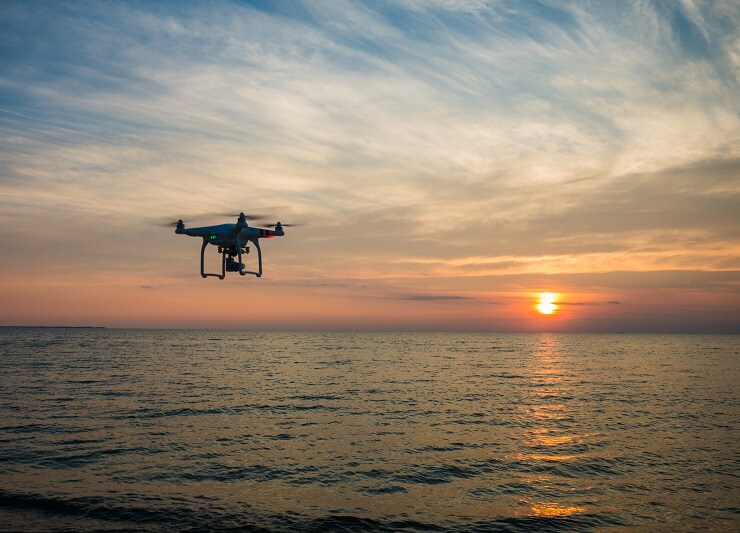 Alphabet wants to make sure that drone delivery is absolutely efficient to avoid any such mishaps.

Why Alphabet for the drone-tracking system?

While other tech companies are busy developing drones, Alphabet is working on its drone-tracking system. This is because the UAS Traffic Management relies on Google’s services such as Earth, Street View, and Maps for the navigation of drones. The information by these Google products is useful for planning routes for the drones around obstacles. This makes Alphabet the ideal choice for such a system to avoid clashes between drones. The traffic management system by the tech giant will be in collaboration with the Federal Aviation Administration (FAA). FAA is the body in charge of regulating airspace in the U.S.

At the present moment, delivery with the help of drones is not possible yet. The major limitation is that the drones have to fly within the eyesight of the controller. Unfortunately, this does not allow long distance deliveries which is obstructing the progress of drones. But with this traffic management software, the scope of delivery drones will drastically improve. The co-leader of the drone-tracking system, James Ryan Burgess announced on Wednesday that the team is on its way to make speedy progress. The years of investment in drones will soon materialize in a few days.

Credit rating agencies are risk assessment firms that provide ratings on the creditworthiness of bonds and other debt instruments. Investor...
8 hours ago

Pat Gelsinger, the ex-chief technology officer of Intel, will be taking over the reins at the chip-making tech company Intel on February 15 ...
9 hours ago