All the Apple Card cash back rewards and a major flaw

Apple unveiled the Apple Card credit card during its “show time” launch spree that featured many new Apple products, including the long awaited Apple News Plus. The tech giant promised to improve credit card experience through the Apple Card by offering lower interest rates, no fees, simpler applications and most importantly, better rewards.

According to The Verge, Apple is rumored to be offering the Apple Card through a partnership with Goldman Sachs, with the payment process handled by Mastercard. Apple said the Apple card will attract “no late fees, no annual fees, no international fees, and no over limit fees and lower interest rates.” The credit card has annual percentage rate between 13.24% and 24.24% depending on credit and there will be no penalties for late or missed payments – only interest accumulation.

How to get an Apple Card? Users simply sign up through the Apple Wallet app on their iPhone devices to get an Apple Card. The process takes minutes and the digital card can be used anywhere Apple Pay is accepted right immediately after signing up, before the physical titanium card is issued. Apple Wallet app allows customers to check balances, track purchases, and find out when their bill is due.

The Apple Card is a ‘chip’ card

The Apple Card is completely controlled by the Apple Wallet app where all authorization information is stored. The titanium card has no credit card number, expiration date, CVV or signature.

Privacy is a major push on Apple Card, just like other Apple products. Apple Pay VP Jennifer Bailey said the company “doesn’t know what you bought, where you bought it, and how much you paid for it.” In a nutshell, all consumer information and spending details is stored directly on their device. Bailey added that no consumer data will be disclosed by Goldman Sachs to third parties for advertising and marketing.

The Apple Card cash back rewards

Apple is not planning to reward Apple Card users through a points-based program like some consumer reward programs. Apple Card cash back rewards is immediate and depends on how consumers spend on purchases. Consumers will receive 2% cash back on Apple Card purchases made through Apple Pay the next day. Purchases from Apple will attract 3% cash back, and all physical card purchases will be rewarded with 1% cash back, Apple said.

The Apple Card is no doubt leading us to a safer use of cards for payments. With no numbers on the Apple Card, those hackers waiting at the restaurants to steal your card will have no single chance of rinsing your account or to ruin your credit. However, the fact that it’s a credit card adds to the grave singing debt addiction status in the United States. 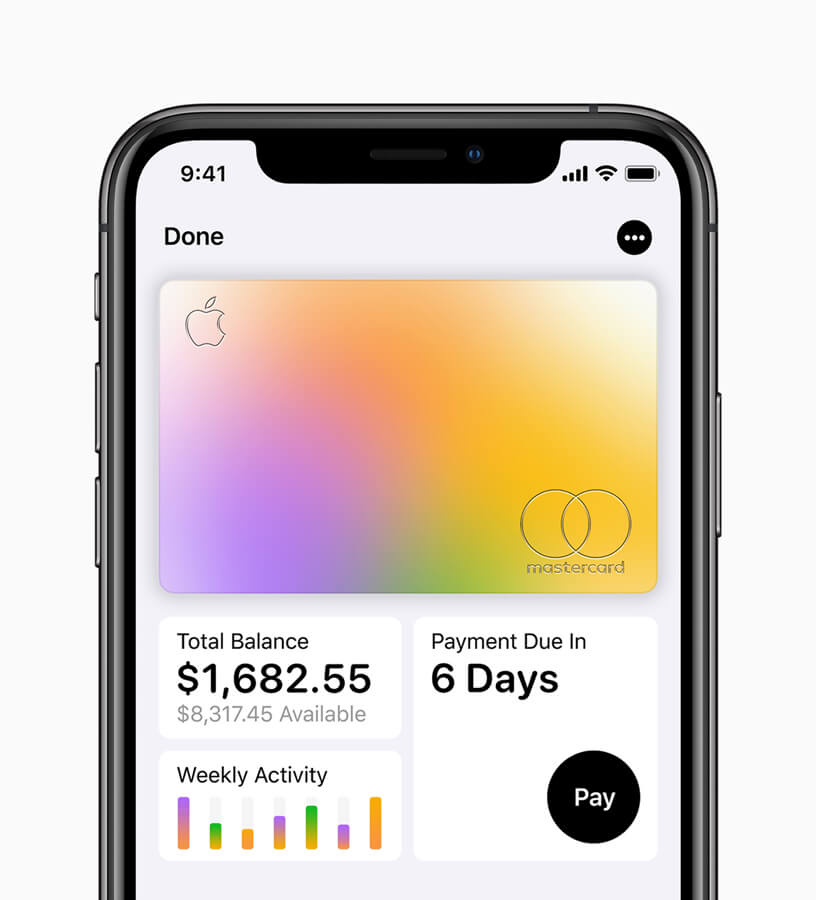 Apple Card cash back rewards is immediate and depends on how consumers spend on purchases. Source: Apple

The use of this digital credit card could sink one deeper into debt, considering the enticing cash back rewards. With how seamless Apple made its credit card, coupled with the status surrounding its use, the ‘chip’ card would not make a lot of people “better.”

Apple Card may be the only Apple product that’s not Apple-like. But I think the company is only doing business and now ready to exploit the weakness of major consumers.

Anna Domanska
Anna Domanska is an Industry Leaders Magazine author possessing wide-range of knowledge for Business News. She is an avid reader and writer of Business and CEO Magazines and a rigorous follower of Business Leaders.
« Apple launches Apple News Plus for quality content offering
Grab to double Singapore Staff and improve its financial services »
Leave a Comment
Close