Recently, The Industry Leaders posted an article about ‘the most popular electric car models in 2018’. But, here is the Jaguar Concept Zero Electric Car, overshadowing the popularity of all the modern electric car models including Nissan LEAF and Tesla Model S. Why? Because Prince Harry drove his wife, Meghan Markel to their after-party in a silver Jaguar’s classic electric car embedded with a unique number plate.

Jaguar started working on electric car concept during as early as the 1960s. It launched an E-type in 1961 that stunned everyone with its ahead of the time powerful performance and stylish looks. 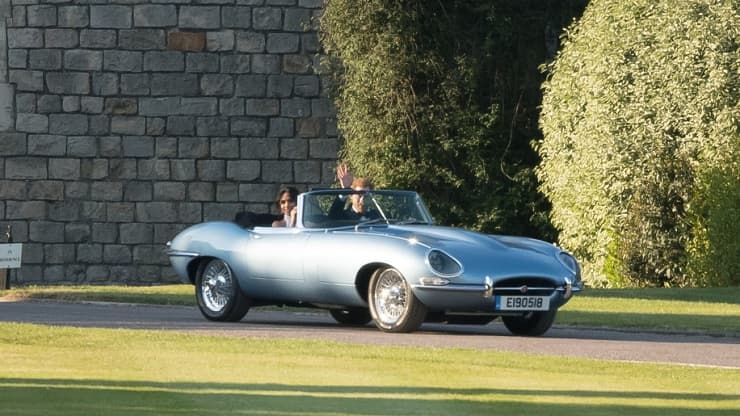 The first Jaguar E-Type Concept Zero was introduced at Jaguar Land Rover Tech Fest in September 2017 along with two other similar battery-powered models.

After the six decades of launching first E-type concept, Jaguar E-type Concept Zero has once again come in limelight, following a green initiative adopted at the royal wedding. Moreover, the e-car’s registration plate reads ‘E190518’, which is the wedding date of Prince Harry and Meghan Markel.

Jaguar Concept Zero electric car is a restored Series 1.5 Roadster. It has a Lithium-ion battery-engine thrusting power of 220kW. Similar to the XK six-cylinder engine installed in the original E-type, the recent electric-powered batteries have similar dimensions & a weight of 576 pounds. The new powertrain is even placed in the same location as the classic model.

The new engine depends on power from a 40kWh battery.  It can be recharged from home within usual six to seven hours, though the time duration relies on the power source.

Further, the electric motor and the reduction gear are situated behind the battery pack along with the E-type’s gearbox. A new prop shaft delivers power to a carry-over differential and final drive. The British automaker states that the overall weight of the E-type Concept Zero is 80kg lower than the original E-type’s.

The company has installed the electric powertrain in E-type Concept Zero in such a way that the user could replace it by a conventional engine any moment.

Jaguar E-type Concept Zero is an open-top electric version of a sports car originally manufactured in 1968.

The Jaguar Concept Zero electric cars are manufactured by Jaguar Classic at Classic Works in Warwickshire.

Moving on, the Jaguar Concept Zero electric car has electrifying looks as well as thrilling performance with zero emission.

The classic Jaguar electric car accelerates from 0-62 mph in 5.5 seconds. Notably, it sprints at the top speed of 150mph. However, with a low weight and good aerodynamic performance, it can race up to a range between 170mph and 200mph. 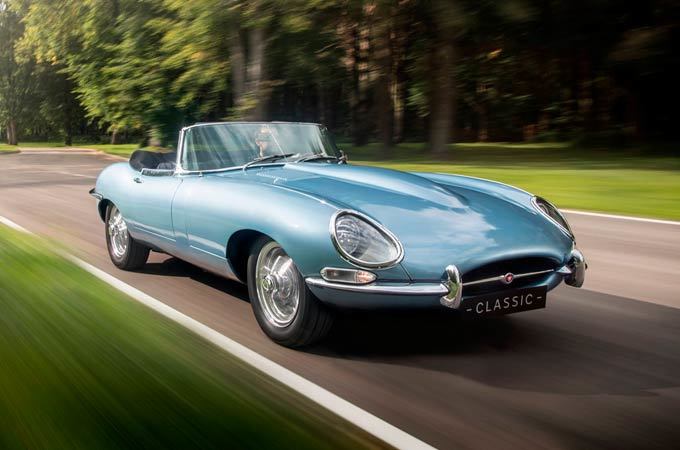 Post the royal wedding of Prince Harry & Meghan Markel, Jaguar Concept Zero electric car model is the talk of the town. And now has become the most famous electric car of 2018. The British automaker boasts that Enzo Ferrari entitled Jaguar E-type Concept Zero as “the most beautiful car ever made.”