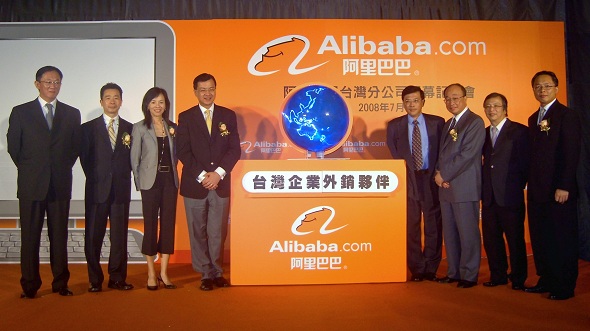 Privately owned Hangzhou-based group of Internet-based e-commerce giant Alibaba Group Holding Ltd. has publicly announced a restructuring that was recently implemented in its agreement ahead of its pending IPO to address investor concerns.

Alibaba and Alipay’s parent company, Small and Micro Financial Services Co., agreed to raise a $6 billion cap on Alibaba’s share of the profits, if Small and Micro goes public or is sold, it announced in a regulatory filing on Tuesday.

Alibaba will receive 37.5% of the pretax income value of Small and Micro, under the revised agreement, before this the organization received 49.9% of Alipay’s pretax income.

“While the profit-sharing percentage is lower, the profit pool that we are entitled to share will come from all of the current and future businesses” of Small and Micro, Alibaba said. In an event that Small and Micro goes public or is sold, Alibaba can choose whether to continue to receive 37.5% of pretax income before deciding to buy a one-third equity stake in the company.

Alibaba additionally said it now has the right to purchase up to one-third of Small and Micro despite change in its status as an IPO, if the Chinese government permits it to do so. The organization said it was unrealistic to get support under present tenets.

The new arrangement could benefit Alibaba’s due to its financial affiliate’s growth.

Alipay is key to Alibaba’s operations, handling its e-business installments like how Paypal handles transactions for ebay Inc.

Small and Micro Financla has now stepped into money related administrations and now controls China’s biggest money-market fund, which had holdings of $87 billion at the end of March.

Ahead of its IPO in New York, investors have mainly raised concerns over Alibaba and Alipay’s relationship, whose parent is 46% owned by Jack Ma, Alibaba’s founder and chairman. Jack Ma separated Alipay from Alibaba Group two years ago, a move influenced due to changes in Chinese rules regarding foreign ownership of financial assets. The changes was said to be one of the reasons behind a rift between Alibaba and Yahoo. Currently Yahoo holds one-fifth of stake in Alibaba. “We support this restructuring and believe it is beneficial to Alibaba and, consequently, its shareholders,” Yahoo said.

In Tuesday’s filing, Alibaba said the latest restructuring was intended to allow Alibaba to profit more from Alipay. “The potential for long-term economic participation can come in the form of either a perpetual 37.5% profit share stream or a possible future direct equity interest,” the filing said. “We believe this restructuring will strengthen and benefit our company as well as better position us for future growth.”

The filing likewise, discloses a few more changes amended in 2011 in an agreement between Alipay and Alibaba. Alibaba sold its business of providing business loans to Alipay’s parent organization thereby making a risky step of taking those loands of Alibaba’s balance sheet.

Alibaba said “conflicts of interest may arise due to Jack Ma’s role as executive chairman of our company and through his voting control over and his economic interest in” Alipay’s parent, which the company said he effectively controls. Those conflicts “could threaten our ability to continue to receive payment services on preferential terms or conflicts relating to commercial opportunities,” Alibaba said.

EU antitrust regulators are planning a formal investigation into Google’s digital advertising practices by the end of this year. Google is already facing unprecedented regulatory
44 mins ago