Warning: preg_match(): Unknown modifier '/' in /home/customer/www/industryleadersmagazine.com/public_html/wp-includes/class-wp.php on line 233
 Alibaba Group to set up IT Joint Venture Deal With Meraas 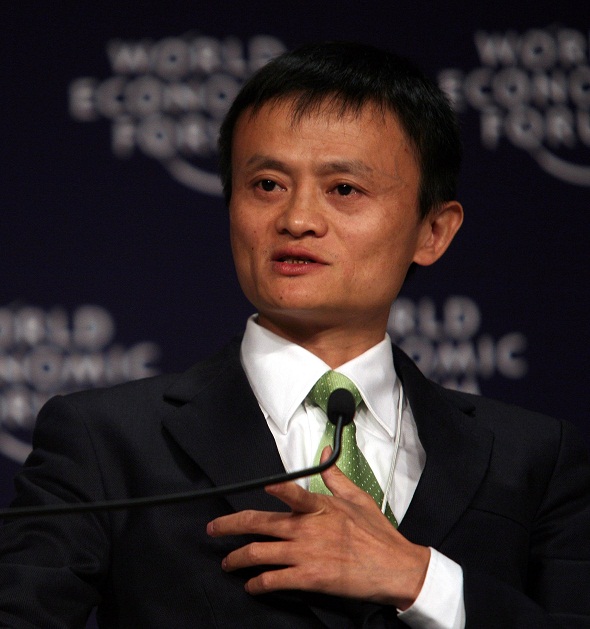 Jack Ma claims that the joint venture deals will boost UAE’s efforts, which will help private companies and entrepreneurs.

On Tuesday, Jack Ma, Executive Chairman of the e-commerce tech giants Alibaba Group revealed that Aliyun, the subsidiary of Alibaba Group, has established a technology joint venture with Dubai-based company- Meraas. The company stated that the joint venture is to bolster Bigdata and Cloud Computing technology in UAE region, and help seek business proposals from private companies and government in the Middle East and North Africa (MENA).

Jack Ma claims that the joint venture deals will boost UAE’s efforts, which will help private companies and governments in those regions to reduce IT spending.

Meraas, along with Alibaba, is already involved in 12 local real estate businesses as well as in leisure, tourism, entertainment, and retail businesses. Meraas along with Aliyun will establish a data center in Dubai, which will be Alibaba’s seventh technology data center, along with its four other data centers in the Chinese Mainland, one in Hong kong, and one in the United States.

Meraas Chairman Abdulla Al Habbai says that the new technology center will supply six key pillar services inclusive of transport, infrastructure, electricity, communication, economic services and urban planning that helps to transform emirates to a smart city. He added that they have a strong belief that their new data center will modify the technology landscape of the city.

Abdulla said that their joint partnering with Alibaba, that is having marvelous global track records for offering world’s best services to clients, and together, aims to raise industry standards and the state-of-art- of the technology solutions, which contributes to transforming goals to their visionary leadership mission.

Initially, both the companies will focus on the tech ventures, Meraas will leverage its development capabilities through advanced tech master-planned integration community, comprising of 3-Tier Data centers, as well as hospitality, food and beverages, residential and commercial space units.

The tier 3 data centers are the second most robust and least prone to failures than others. Tier 3 is mainly designed to handle host mission critical servers and computer system, with fully embedded with redundancy subsystems, and compartmentalized security zones, which are accessed using biometric control methods.

Meraas is very positive with Aliyun, and it expects that their newly-joint venture deal will prove worthy by stabilizing unmanaged integration services in the UAE regions.

Jack Ma asserts that Dubai’s advanced infrastructure and economic strength stands as a good match for establishing our data center. Alibaba Group is delighted to work with Meraas, and aims to extend flexibility, and providing cost-efficient solutions to small and large entrepreneurs with its advanced technology services, which will help them to spur innovation and draw a success roadmap in order to expand their UAE businesses globally.

The partnership with Meraas is the latest step in Aliyun’s global expansion. In March, Alibaba launched its first overseas-based data centre in California’s Silicon Valley to target Chinese companies based in the U.S. The company said it would also seek clients in the U.S. as it develops a better understanding of the requirements of overseas companies.

Alibaba is planning to build more data centers in Japan, Singapore and Germany. By the end of this year, the company will have more than 12 data centers in Hangzhou, Qingdao, Beijing, Shenzhen and Hong Kong, according to Aliyun’s verified Sina Weibo microblog.

Founded in 2009, Aliyun had over 1.4 million customers as of June 2014 using its services directly or indirectly through independent software vendors. Alibaba said that Aliyun is mainland China’s biggest provider of cloud services. It also operates data centres in Hangzhou, Qingdao, Beijing, Shenzhen and Hong Kong.

Yet, none of the companies have disclosed their investment amount or their separate stakes. The Information and Communication Technology (ICT) industry situated in the MENA, has notice an unprecedented growth. The regional ICT’s spending may surpass $270 billion in 2015, with the IT market evolving growth rate of 9 per cent, which makes it the second-fastest globally, as anticipated from an International Data Communication’s (IDC) report.

Further, the IDC forecasts that their overall managed system and data center services of UAE will set a growth rate to reach its compound annual growth rate of approx. 19.8 per cent in mid of the year of 2013-18, with an intent to reach the (CAGR) total of USD 971.8 million by 2018.