eBay to sell enterprise unit for about $900 million 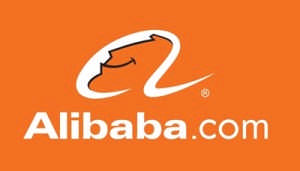 With a 19.99 percent stake, Alibaba will become Suning’s second-largest shareholder while Suning would invest 14 billion yuan ($2.25 billion) to acquire a 1.1 percent stake in Alibaba.

Founded in 1990, Suning is present in nearly every Chinese city. The company has over 1,600 physical retail stores in 289 cities across the nation. Besides its offline retail business, the company has had more success than any other retailer in China in a transition to e-commerce, creating an online store that not only includes the gadgets and appliances found in its physical stores, but also everything from food and baby products to jewelry and furniture.

Due to that shift to the web, Suning has one of China’s top five e-commerce stores, much bigger in scale than Amazon’s whole Chinese business.

In a joint statement, the two companies said that the partnership would integrate their strengths in offline and online commerce.

For instance, Alibaba customers could visit one of Suning’s outlets in China to try out a product before buying it on Alibaba’s website using their smartphone. Suning, which has long boasted a formidable logistics operation, would team up with Alibaba’s distribution network to deliver goods in as little as two hours, the companies said.

The Internet Plus strategy was launched by Premier Li Keqiang during the National People’s Congress in March. The government of Beijing has vocally supported China’s e-commerce industry as well as the adoption of robotics and computerised manufacturing.

Zhang Jindong, Suning’s chairman, said in a statement that the alliance indicates a new trend in the internet age that will boost China’s traditional industries by leveraging the power of Internet. It will also help revamp China’s manufacturing industry and expand the global horizons of Chinese brands.

For Alibaba, the deal could fortify its competitiveness against its main e-commerce rival JD.com, which has traditionally enjoyed good sales of electronics and gadgets.

According to the US consumer price index, the inflation rate has witnessed a rapid rise during the past six months since it’s 0.8% increase in November.
19 hours ago

How does breaking news affect stock prices? Learn how ‘price discovery’ plays a monumental role in determining investment in stocks on Wall Street.
23 hours ago

The stock was listed at $78 per share and later rose to $172.01 within five days. The Rivian IPO buoyed investor spirits and was the largest IPO in the US after 2014.
2 days ago

Across Asia, Europe and the US, governments are reviewing laws to regulate how big tech companies operate. They are also filing and considering a number of antitrust investigations
3 days ago