Alex Gorsky to be Johnson & Johnson’s new CEO After Weldon 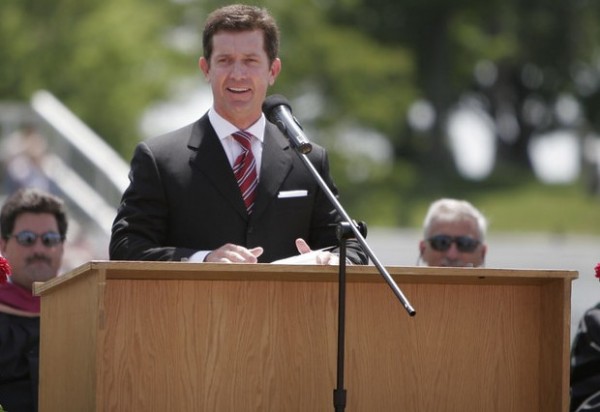 Johnson & Johnson has picked up a new CEO, to succeed Bill Weldon after his retirement in April this year. The healthcare giant J&J said its decade-old Chief Executive Officer William Weldon will step down from his post in April. To succeed him is the vice chairman Alex Gorsky, as the ninth chief executive officer of the 126 year-old company, while Weldon, aged 63, remains the chairman of the board.

Bill Weldon, who has served as CEO of Johnson & Johnson since 2002 and will remain on the company’s board of directors as chairman, said in a statement given to a business magazine that the selection process for his successor was thorough.

Weldon said, “This succession decision involved a rigorous, thorough and formal multi-year process, which included consideration of two superbly qualified internal candidates, as well as outside candidates. The future of J& J is in very capable hands.”

Gorksy’s appointment is effective April 26, 2012, the date of the healthcare giant J&J’s annual meeting of shareholders. He was also nominated for election to the board of directors at the annual meeting.

Weldon and the product recalls

Most likely, the news agencies must be focusing the stories of the announcement of the new CEO on the product recalls that have dogged the company for the past few years. But that seems a bit unfair, for Bill Weldon deserves credit for a lot of good management over his decade-plus near the top of one of the world’s biggest health care companies, and the consumer products debacle shouldn’t even rank among his worst foul-ups.

Over Weldon’s ten-year reign, J&J experienced its shares outperforming Pfizer, Merck, GlaxoSmithKline, and even Abbott Laboratories. The healthcare giant J&J also launched more drugs than its rivals – 11 during his term as chief executive and three more during his time as head of the pharmaceuticals business, between 1998 and 2002.

Alex Gorsky first joined Johnson & Johnson as a sales representative for Janssen Pharmaceutica. Gorksy had advanced his way to become the president of Janssen by 2001.  In 2003, Alex Gorsky was promoted to oversee Johnson & Johnson’s pharmaceutical business in Europe, the Middle East and Africa. Thereafter he left J&J in 2004 and returned back after four years as head of pharmaceuticals in North America at Novartis. Gorsky was appointed as worldwide chairman of the surgical care group as well as the company’s executive committee, in 2009.

Erik Gordon, a business professor at the University of Michigan, in Ann Arbor said, “Gorsky is a conservative choice and the strongest internal candidate. That’s a big deal at a company that always taps an insider as its next CEO, even if what they need is someone from outside the team that led the company into so much trouble.”