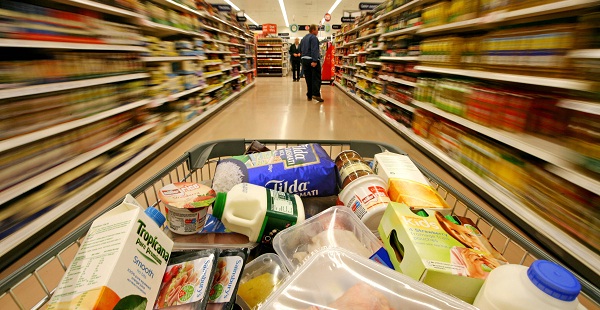 Supermarket chains Aldi and Lidl topped the annual supermarket survey as they were voted second and third most favorite while rivals Morrisons and Sainsbury were left lagging behind. The survey, which was conducted among the UK’s nine biggest supermarkets, named Tesco as the least favorite supermarket.

In an annual survey conducted by a consumer group called Which?, Aldi Co. and Lidl Co. KG ranked second and third respectively. The high discount offers and low product prices offered by Aldi and Lidl have captured the attention of abundant buyers and helped them to emerge as the top-ranked supermarkets in the UK. According to the annual supermarket survey, Aldi and Lidl received a customer score of 74 percent and 69 percent respectively. Moreover, Waitrose topped the annual survey by bagging an 82 percent score after it gained profound customer satisfaction and five star rating for its customer service. Another determinant that helped Waitrose to top the survey was its fresh quality products, making it the best supermarket in the UK.

Data showed that Aldi and Lidl were the only supermarkets in the survey which received four star ratings as they offered good prices, compared to other chains. Aldi and Lidl defeated some of its biggest rivals like Marks and Spencers, Morrisons and Sainsbury as more than 95 percent of voters agreed with the fact that Aldi and Lidl offered good and attractive prices for their products. The survey also revealed that over 91 percent of voters felt that Waitrose responded to customer problems quickly while 90 percent believed that the supermarket was trustworthy owing to a friendly atmosphere and convenient location.

Tesco PLC., Britain’s biggest supermarket chain, has been voted as the worst UK supermarket with a consumer satisfaction score of only 45 percent. Tesco lost points as it was criticized for storing rotten products with high prices and poor consumer service. Many Tesco consumers believe that the supermarket is getting more costly day by day and that one needs to ensure the quality before buying in order to obtain the best value. The supermarket was further slated as consumers found the shopping experience at Tesco to be “unpleasant”. Tesco faced criticism early in January when it was found that it was involved in the so-called horsemeat scandal. Customers strongly believe that Tesco does not care for its consumers and is the least trustworthy supermarket. Due to littered stores and a sulky staff, Tesco failed to meet up to consumer expectations.

The annual supermarket survey was conducted in October 2012 where 11,492 Which? members were questioned about their shopping experiences in the past six months. The survey tested qualities like ambience of the store, product quality, valuation and pricing of the various products offered by the supermarkets. Supermarkets, which were more likely to be recommended by customers, stood a greater chance at obtaining a higher rating. However, the shopping pole also revealed that great deal of customers were annoyed as they were unable to compare prices of various products due to different units of measurement.

Apple is bolstering its smart home devices space with the introduction of a new hybrid device— a combination of an Apple TV and a smart speaker with a screen, according to news r
16 hours ago