Albertsons is planning an IPO with a billion dollar valuation

Albertsons had initially decided to go public in 2015 after its merger with Safeway, but rescinded on the decision as the retail market was not too bullish.

Albertsons Companies, the nation’s’ fourth-largest supermarket chain, has filed for an initial public offering with plans to raise up to $1.32 billion. The company is offering almost 66 million shares to the public priced between $18 and $20 per share.

BofA Securities, Goldman Sachs & Co. LLC, J.P. Morgan, and Citigroup are acting as lead joint book-running managers for the common stock offering. The company has been owned for the past 14 years by private equity firm Cerberus Capital Management. 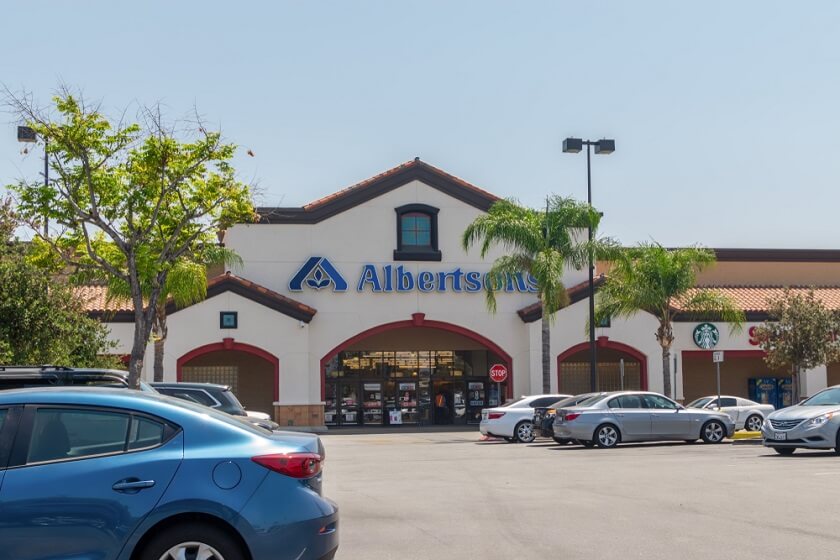 Albertsons had initially decided to go public in 2015 after its merger with Safeway, but rescinded on the decision as the retail market was not too bullish. Again in 2018, the company attempted to go public with a $24 billion merger deal with Rite Aid Corp, but this fell through due to investor pushback.

Along with the seesawing with IPO plans, the company saw some changes at the executive level too. President Jim Donald was promoted to CEO in late 2018, and just some six months later, Vivek Sankaran from Pepsico was hired as CEO.

Under the new CEO Albertsons has done well and improved its sales figures. In its third-quarter earnings report on Jan. 7, Albertsons saw its eighth straight quarter of sales increases and reported improved operating results for its fiscal 2019 third quarter. The company had about $61 billion in sales for the fiscal year ended February 2019.

Vivek Sankaran said at the third-quarter results call, “Our productivity and cost reduction initiatives are also beginning to take shape, which we intend to use to fund strategic growth investments, offset cost inflation and support earnings growth.” The operator of 2,260 stores has been remodeling its locations, investing in technology, and selling real estate.

The company has greatly reduced its debt-equity ratio. It ended November with about $8.34 billion in net debt, excluding operating leases, down from $10.52 billion a year earlier.

“All these moves are working. After years of stagnating, Albertsons’ sales grew by more than 3% last year” including “2% same-store sales growth. Big improvement over where they were,” said Jim Cramer, the Mod Money host of CNBC.

It would also facilitate the exit of Cerberus Capital Management LP, which cobbled together the company through a series of deals in 2006. Albertsons is controlled by a set of sponsors that include private-equity fund Cerberus; real-estate investment trusts Kimco Realty Corp. and Klaff Realty L.P.; Lubert-Adler Management, a real-estate fund; and Schottenstein Stores Corp., a developer of shopping centers.

Though there is still no clarity on Cerberus’ future role, and if it retains its hold then the shareholders say in the company may be diluted.

The pandemic has upped the sales in grocery stores with people forced into shelter in place and lockdown and cutting down on all but essentials. Grocery sales have shown an uptick with people concentrating on food and essential supplies only.

The company says it has gained market share during the pandemic, with identical sales soaring 30% for the first 12 weeks of fiscal 2020.

Anna Domanska
Anna Domanska is an Industry Leaders Magazine author possessing wide-range of knowledge for Business News. She is an avid reader and writer of Business and CEO Magazines and a rigorous follower of Business Leaders.
« Dell Computers Considering Hiving Off VMware to Improve Market Value
Amazon’s acquisition of Zoox to cost over $1 billion »
Leave a Comment
Close

Almost half of the marriages end in divorce is an oft-quoted adage, but surprisingly, this is not true in today’s world. The reasons are varied, gender equality, the higher p
6 hours ago

JPMorgan Chase, the largest U.S. bank by assets, has appointed two new executives to head its information units in a bid to make its workforce more inclusive and increase racial an
7 hours ago

The U.S. solar industry witnessed a 7% cut in jobs due to the coronavirus and increasing use of labor-saving tech in the industry, according to an industry report. Job decline is n
7 hours ago