Confirming this, the Vice President of Marketing for Alaska, Sangita Woerner said that for success on the West Coast, they need to operate under one name. She also said that they plan to bring the vibe which Virgin Airlines created on-board to Alaska Airlines. Since the merger that happened three months ago; the Airlines has 25 new departures, namely from California, San Diego, San Jose, San Francisco and Los Angeles. Alaska Airlines will retire the logo and name of Virgin America by sometime around 2019.

Alaska Airlines and Virgin America will be the 5th largest carrier, combined. Airlines like Southwest, Delta, American and United lead the carrier service market. Together, they boast a staff base of 19,000 people, services in about 118 destinations, and a fleet of around 286 aircrafts.

Virgin America Popular but Not Profitable 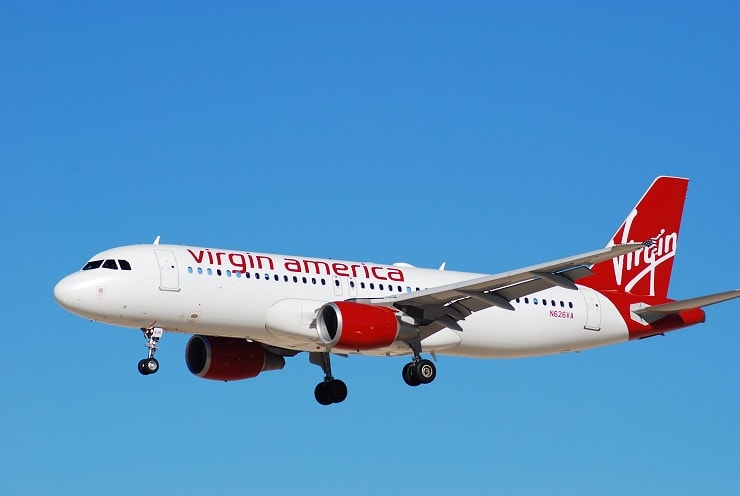 An Aircraft of Virgin America

Billionaire Richard Branson launched Virgin America in 2007. Since then the carrier service has made travel fun for young and energetic travelers flying from the West Coast to Washington D.C. and New York, and also between San Francisco and Los Angeles. Virgin America has also garnered a loyal following and customer base since its inception; along with achieving awards from Travel and Lifestyle magazines like the Conde Nast Traveler.

Inspite of such popularity, Virgin America did not record huge profits until 2014; which is why experts also agree that combining the two carriers was a sound decision financially. Virgin America’s net profit for third quarter in 2015 was around $51 million; compared to about $71 million in 2016 for third quarter. Beginning by the end of next year, Alaska Airlines plans to increase the premium and first-class seating by 50 percent.

Alaska Airlines and Virgin America have different cultures and target different class of consumers. But with this brand absorption; it will have to look in to the satisfaction of Virgin’s clientele along with its own. Taking care of this matter; Woerner said that Alaska will not only target its traditional customers preferring affordable travel; but also those travelers who prefer high-end travelling.

New Features to be Rolled Out by 2019

To enhance the experience of consumers, Alaska will bring in the most loved features of Virgin Airlines. It will include new features like blue mood-lighting, new and updated passenger cabins and seats, high-speed satellite Wi-Fi, free entertainment of movies and TV, updated music and meals and much more. You can expect the redesigns, updated changes, and new features by 2019.