At Pevek, the reactor was loaded with nuclear fuel to provide power to the region. The floating nuclear station is expected to provide electricity to about 100,000 homes in this remote arctic region of Russia. 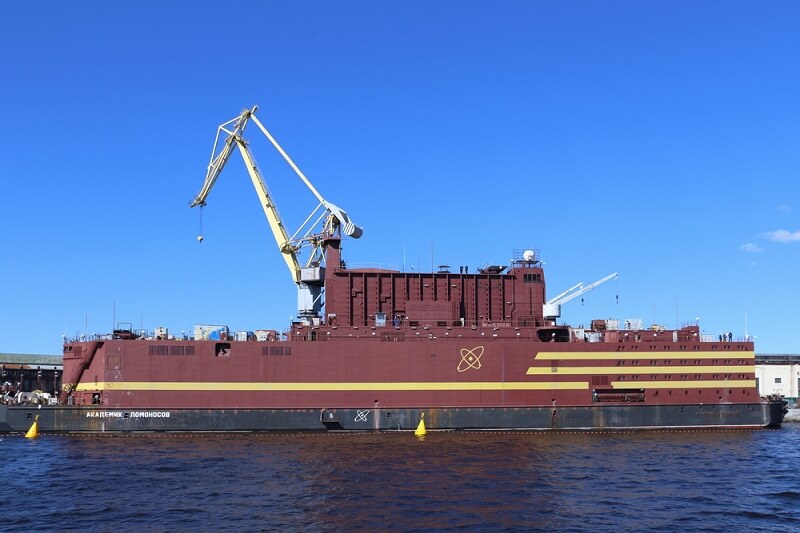 The use of nuclear power to energize regions devoid of any renewable energy sources is seen as a breakthrough, but many are concerned about the safety of the project. Many call it a disaster waiting to happen and have dubbed the reactor as Chernobyl on Ice.

According to Rosatom, all safety issues have been looked into, and the reactor is just an alternative to the conventional nuclear plants built on land. Rosatom sees market potential in this floating power of energy and is already in talks with some potential customers in Southeast Asia, Africa, and Latin America, according to a report. The vessel weighs 21,000 tons and has two reactors. The reactors can generate 70 megawatts of electric power and 50 Giga calories an hour of heat energy.

Some interesting facts about ‘Akademik Lomonosovin’ the floating nuclear vessel

2. It uses small modular reactors (SMR) technology to supply low carbon energy to the remotest part of the earth.

3. The Akademik Lomonosov, along with providing power supply to the people settled around the area, will also power old platforms to facilitate the extraction of natural minerals in the area.

4. Rosatom hopes that its success in the area will fetch it customers for customized vessels built like Akademik Lomonosov.

5. The floating nuclear station is 144-meter in length and has a 30-meter wide platform. It was towed to Pevek by other vessels.

6. The small nuclear reactors, SMRs, used in the vessel, can operate without any need for refueling for three to five years. The nuclear plant can connect to any electric grid near a coastline to supply uninterrupted clean energy. 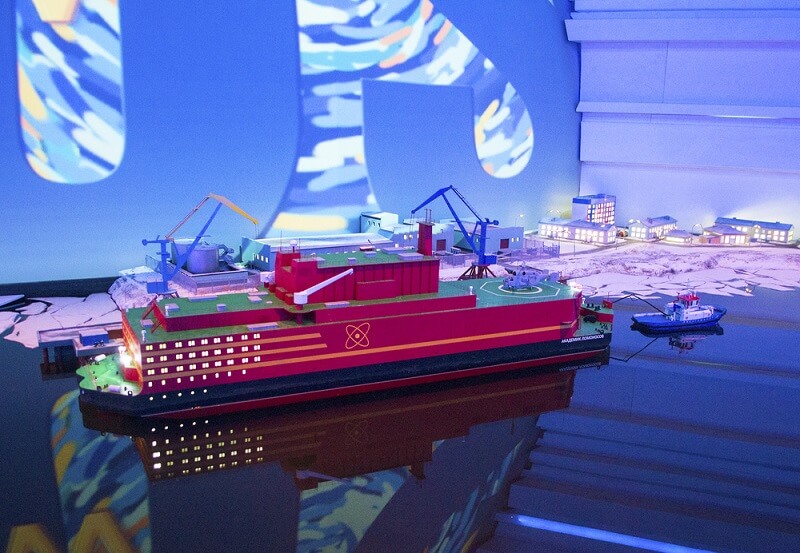 A floating nuclear reactor is not a new thing in itself as nuclear reactors have been powering submarines for half a century. Nuclear power is used by defense forces of many countries to rule aircraft and sea vessels. Russia uses nuclear energy to fuel its icebreaking vessels.

There are fears of how nuclear technology will fare in the arctic region. There are many unknowns of how stable and secure is the dome housing the fuel and the reactors. Although there is the advantage of cooling the reactors in an icy region, if there is a break, then containing it in a coastal area becomes difficult.

About it being a Chernobyl on floating ice, Dale Klein, a former head of the U.S. Nuclear Regulatory Commission, said in an interview to The Verge: “It’s just a scare tactic. It’s just to make people think about an accident of some kind. So, it has no basis in science.”

Another concern is about having backup systems and what precautions need to be taken to prevent spillage and emergency responses in such areas. But seeing that nuclear power is an efficient and cost-effective source of energy, the technology will see broader adoption in the coming years.

Anna Domanska
Anna Domanska is an Industry Leaders Magazine author possessing wide-range of knowledge for Business News. She is an avid reader and writer of Business and CEO Magazines and a rigorous follower of Business Leaders.
« Eat, Spray, Love: Most Expensive Perfumes of All Time
France to impose heavy pollution tax on SUVs and Trucks »
Leave a Comment
Close