Major airline industry leaders in the west facing an uncertain future with the government not ready to intervene.

Airlines need government packages to survive the pandemic-driven bankruptcy crisis that is looming large. Airline industry leaders such as Boeing and Airbus are also at risk of cancellations and further troubles.

One of the worst affected industries by the Pandemic—the airline—is undergoing a crisis of existence. Most need government stimulus and capital infusions to survive or they will soon go bust.

A Bloomberg analysis says that most airlines facing bankruptcies are operating in the West as opposed to a similar analysis done at the start of the virus where more Asian airlines figured in the risk list.

The research says that the risk of collapse has now spread to the Americas (Latin America) and Africa. The Z-score method developed by Edward Altman was used to predict bankruptcies by Bloomberg.

The Z-score method uses five variables to measure the viability of an organization—liquidity, solvency, profitability, leverage and recent financial performance. The model has an accuracy rate of around 90% the year prior to insolvency. A score below 1.8 indicates danger of bankruptcy within two years while a number closer to 3 suggests a company is viable. 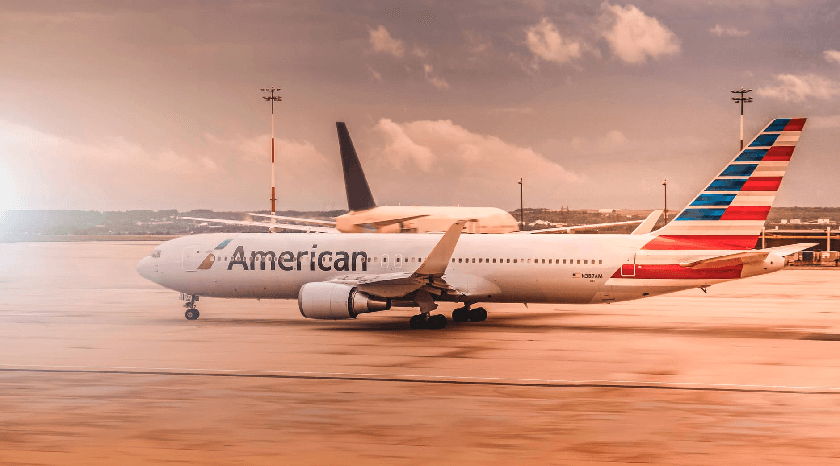 On average, there’s a 12.6% chance that airlines may cancel or defer planned deliveries from Airbus, according to an analysis by Bloomberg Intelligence. (Image: Pexels)

Thai Airways International said a reorganization plan will be proposed to the Central Bankruptcy Court by the end of the year, and noted the company plans to fulfill its commitments to all creditors.

Air Asia is restructuring its debt and Malaysia Airlines too is facing an uncertain future with the government not ready to intervene.

In Latin America, airline industry leaders are receiving aid from the government. Groupo AirMexico received a $1 billion bankruptcy loan, while Columbia’s Avianca Holding Airlines is awaiting approval on a $2 billion loan. Governments are a little hesitant in funding such bailouts as the situation is still pretty uncertain.

Singapore Airlines is taking a different route of self help. It has cut around 20% of its workforce and raised S$11 billion from loans and a rights issue. It is trying out new marketing strategies to make use of idle plains by offering them up as pop-up restaurants, arranging for some tours in its hangars and more.

Cathay Pacific Airways Ltd., apart from cutting jobs, has restructured its finances with the Hong Kong government buying-in some stake.

“Many governments have done a good job in financially supporting aviation jobs,” International Air Transport Association Director General Alexandre de Juniac said, earlier. “Where this has not happened — in Latin America for example — we see bankruptcies. Airlines continue to burn through cash and that is expected to persist into next year. Without a second tranche of financial aid, many airlines will not make it through the winter.”

The airline leaders found most vulnerable in March were Virgin Australia Holding and Nok Airlines of Thailand. Virgin Australia got an infusion of capital from its new one Bain Capital LLP of $2.5 billion and Nok Air has applied to the nation’s Central Bankruptcy Court to undergo debt rehabilitation.

IATA’s latest figures show that total airline industry revenues are expected to be down 46% from 2019’s $838 billion. With no government help, influential leaders in airline industry that are keeping it together for the time being will be able to operate for another 8 months or so, it says.

The latest resurgence of the virus in the West and the strict lockdowns imposed by most European companies is bound to harm the industry further.

Also at stake are plane orders which might have to be cancelled or deferred.

Airbus and Boeing, the manufacturers are facing risks of further losses if that happens. On average, there’s a 12.6% chance that airlines may cancel or defer planned deliveries from Airbus, according to an analysis by Bloomberg Intelligence. The situation is worse for Boeing, which faces an average 14% risk for its orders, as it is carrying orders from the American Airlines and United Airlines, which are in big trouble.

Christy Gren
Christy Gren is an Industry Specialist Reporter at Industry Leaders Magazine she enjoys writing about Unicorns, Silicon Valley, Startups, Business Leaders and Innovators. Her articles provide an insight about the Power Players in the field of Technology, Auto, Manufacturing, and F&B.
« Dunkin’ acquisition by Inspire Brands: A synergistic move?
Walmart gets rid of inventory robots, says human as good »
Leave a Comment
Close