The world’s largest space business Airbus generated over $76 billion in revenue in 2016, with about 134,000 employees as of the same year. Offering a range of passenger airliners varying between 100 and 600 seats, the European giant space enterprise has its heart at artificial intelligence and cloud-forward to eliminate flight delays.

Airbus utilizes a pool of data in management and analysis. A good example is its in-service aircraft, which it later made available for use by companies and individuals. The corporation manages the service using a reservoir of data.

The journey has been there for decades, said Airbus VP of artificial intelligence Adam Bonnifield, on Monday at VentureBeat 2018 Summit. The increase in the availability of computing power has also caused an increase in the price of using AI technologies, he added.

The first module of Scheduled maintenance Optimizer platform at Airbus was JetBlue, which uses algorithms to ascertain the best maintenance schedule for more than 200 aircraft. The module includes air traffic management, flight operations, training, and other services. 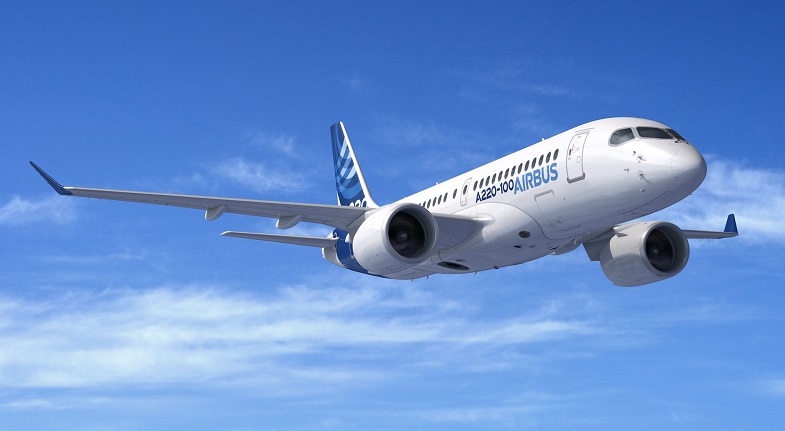 We can use AI to solve some of the biggest challenges in our industry such as operational delays, quality control, and grounded aircraft, Bonnified said. About 80% of airlines are constantly late, causing a loss of about $40 billion to delays in the United States. This is because the airlines don’t have access to certain data they would have used to manage the takeoff and landing of their plane.

Airbus’ Smarter Fleet system is being used by over 200 airlines. While others are leveraging Airbus’s partnership with IBM to benefit from IT services for engineering, flight operations, and maintenance.

In 2017, Airbus launched an advanced analytics and big-data integration platform referred to as Skywise through a partnership with Palantir Technologies. The platform has not only enable an enhanced aircraft and equipment designs, but has also improved Airbus’ industrial operations performance across all divisions, legacy fleets operational efficiency, and reporting it’s systems.

Airbus’ primary aim is to integrate operational, aircraft and maintenance data in a secure platform for management, analysis, storage and to provide users with insights. Skywise is used by over seven major airlines globally and Airbus plans to make the platform available for military aircraft, Airbus helicopters, and other products operators as soon as possible.

The European space enterprise has also admitted not to have all the answers. It has hired more than 100 companies to solve various challenges facing the industry, such as the extraction of data from flight manuals.

Bonnifield admitted that data gathering is one step towards solving the challenges. Understanding how the data can be used such as how they interoperate is a second part of the problem the company will need to solve.

Artificial intelligence will no doubt pay crucial role in future transportation. The technology is marking success in the automobile industry. Rolls Royce recently announced a partnership with Intel to develop autonomous ships. Its use in air transportation is inevitable, though it may take a while.

Anna Domanska
Anna Domanska is an Industry Leaders Magazine author possessing wide-range of knowledge for Business News. She is an avid reader and writer of Business and CEO Magazines and a rigorous follower of Business Leaders.
« JPMorgan plans to open a new fintech campus in Silicon Valley
Thousands of Swedes are getting Microchip under Skin »
Leave a Comment
Close