Airplane food is not popular with travelers. It is mostly bland and tasteless and not savored by many. Air Asia is bent upon changing this reputation of airline food. AirAsia is working to make its in-air meals so tasty that people will especially book flights on it for the meals. So much so that travelers will be looking for the same when they land as well. The airlines recently opened a restaurant, Santan, in Kaula Lampur that serves the same meals that are available onboard Air Asia flights.

The airline offers classic Malaya cuisine and Chinese and Filipino favorites too. The menu dishes were chosen, keeping in mind the s countries the airline connects. And the ingredients, including those used in its coffee and tea, are sourced from these regions too.

They serve the popular Malaysian dishes such as nasi lemak, satay skewers and beef rendang. And also Chinese-Malaysian style chicken rice, chicken inasal with garlic rice from the Philippines, Vietnamese pho, Pineapple Fish Noodle from Cambodia, in addition to coffee and tea, snacks and desserts inspired by local flavors such as the Nasi Lemak Quinoa Wrap and Onde-Onde Cake.

The Kuala Lumpur restaurant Santan, which means coconut milk in Malay, is run by a team of five chefs helped by culinary students, who also helped design the menu. The menu is more diverse in the restaurant than that offered onboard Air Asia flights. Around 30% of the restaurant menu is designed around the airline’s in-flight offerings. A team of chefs spent nine months coming up with the rest, reports Reuters.

The restaurant is digital with smart kiosks and features a menu enhanced with Artificial Intelligence and Machine Learning. The touch screen kiosk recommends popular dishes, based on the time your order history and demographics. Customers can also order online as well as the T&CO mobile app. “We are very proud to extend what started out as an in-flight menu into new markets and reiterate our support for local and (Southeast Asian) producers, suppliers; apart from creating new job opportunities with affordable franchising,” Catherine Goh, the restaurant’s general manager, said in a press release. 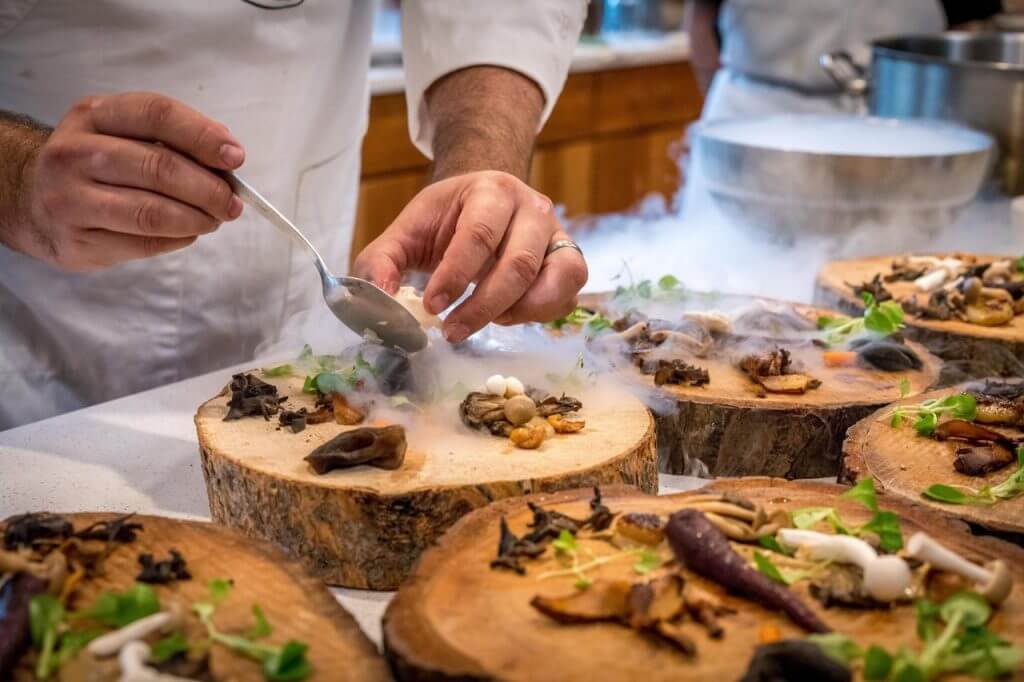 The company plans to open five Santan restaurants and 100-franchisee operated restaurants in the next 3 to 5 years.

The plans to open more such restaurant stems from the fact that Santan meals are popular with travelers. In an interview with Larry King in February of this year, AirAsia Group’s CEO revealed, “Our food is fantastic. We believe in it so much, we’re going to start a fast-food restaurant out of it.”

Keeping in mind the changes in taste buds and senses due to altitude, the menu is adapted accordingly to make it less bland tasting.

The day the new offering was put on the menu, the restaurant went through 1,500 orders of Pak Nasser’s nasi lemak with chicken rendang (rice cooked in coconut milk with fried chicken) by noon on their first day of business, said Goh to Insider magazine. Going by the popularity of the offerings by the restaurant, AirAsia may soon become a popular choice of travel among travelers.

Anna Domanska
Anna Domanska is an Industry Leaders Magazine author possessing wide-range of knowledge for Business News. She is an avid reader and writer of Business and CEO Magazines and a rigorous follower of Business Leaders.
« Safari escapes in Iceland…and more holiday ideas
A Timeline of Disney’s Biggest Acquisitions »
Leave a Comment
Close