After Tesla, Ford is opening up its electric vehicle patents for free to competitors 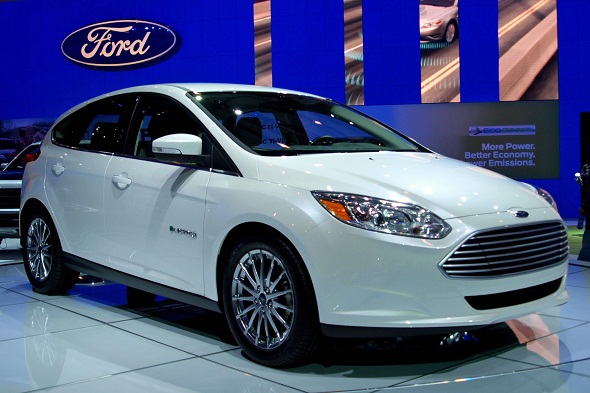 Ford is opening up its electric vehicle patents for free to competitors.

One of the biggest upshots that automotive industry is facing is that, when a new prototype of a car is introduced by using innovative technology, it takes several years to set the right path for audience to catch up with its new model.

Earlier, Tesla Motors revolutionized the automotive industry with its new patents to promote the adoption of all-electric cars, and now after Tesla, today, Ford Motor Company announced that it is going to make about 650 patents that are dedicated to electric vehicle technologies, and will be made available for free of cost to other automobile manufacturers. But, Unlike Tesla, Ford is also seeking for an undisclosed payment.

The company revealed that it will be licensing its patents through the AutoHarvest Foundation- a nonprofit foundation, which allows the automotive industry to trade intellectual property amid itself.

A company’s official representative said that the licensing of patents would cost somewhere round thousands to dollars, depending on the patent.

Currently, Ford offers six electrified car models, both hybrid and all-electric car models, and is planning to hire 200 engineers for further EV development at Ford Engineering Laboratories by this year. The company intends to solve the bigger challenges and improve the automotive industry for a better future of automotive industry.

Automobile manufacturers are under a lot of pressure to increase fuel efficiency, producing more hybrid, and all- electric vehicles- this is one of the possible outcomes to do that. The problem arises that the all-electrified vehicles are more expensive and they don’t even provide a benefit over their conventional match.

According to a source reports, it revealed that electrified vehicles cover about 1.6 per cent of U.S. car sales from Jan. to April 2015. The upcoming trends to lower fuel prices act as one of the hurdles to drive customers away from such electrified cars.

The company stated that the all-electric cars are a flight of fancy. The fuel –efficiency standards are getting more stringent, but the fuel cost won’t stay low. The company added that electrification, with additional investments in turbocharging, diesel engines, and light weight materials, such as carbon fiber and aluminum will become more essential in near future.

The company predicts that powertrains in the cars of its future stimulate BMW’s i8 that uses a very small turbocharged three-cylinder engine. It fuels 228 horsepower to the real wheels, and also come with an electric motor, which directs an extra 129 horsepower to the front wheels.

Don’t get surprised, when automotive industry comes with a commitment towards electrification, from Ford, Tesla, and many other automobile industries, where they introduce the all-electrified and super cars in near future.