After Singapore, Spain’s turn to get a Las Vegas style Strip. 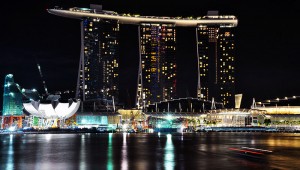 Spurred on by the already hugely popular Marina Bay Sands property in Singapore, Las Vegas Sands, the US casino resort operator, has announced intentions of building a Las Vegas Strip in Spain.

The cost involved would be somewhere around €10bn-€15bn ($13.6bn-$20.4bn), according to Sheldon Adelson, chairman and chief executive. But hey, who cares? Giving romantic Spain an exhilarating Las Vegas Strip is bound to be worth it right? We sure think so.

Adelson has been reported as being in talks with officials from Barcelona and Madrid to establish this strip of casinos, before LVS decides which city to go ahead with.

“I want to do a mini-Las Vegas in Europe. I hope we could use the name ‘Europe Vegas’ or ‘Euro Vegas’ or something,” Adelson said in a statement.

“I want to build like 20,000-plus rooms and millions of square feet of shopping and MICE space,” he added. MICE means meetings, incentives, conventions and exhibitions.

The project would be LVS’s first in Europe, adding to casino resorts in Las Vegas, Pennsylvania, Singapore and Macao, the self-governing Chinese territory.

Las Vegas has been considering the idea of Spanish investment for years. Mr Adelson visited Spain to examine the idea in 2008. However, Adelson warned that the project, promising a creation of 180,000 jobs, is likely to seek major concessions while planning the development.

Promising a significant boost to the slowly recovering Spanish economy, which has been battered by recession, unemployment and sovereign debt fears since the global financial crisis, Adelson said “No private-sector company [in this industry] has made investments of this kind and we need the support of the government”, calling on ministers to establish a top-level support group and to provide for proposals to receive approval within 60 days. 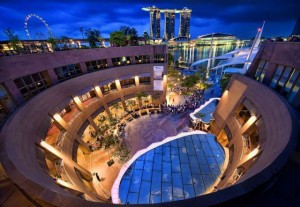 To start with, just one year after opening its first casino, Singapore has emerged as Asia’s hottest new gambling capital with a revamped cityscape and billions of dollars pouring into the economy, as clearly indicated by Adelson when he said that Marina Bay Sands might make pre-tax profits of $2bn in 2012, up from a forecast $1.25bn-$1.5bn in 2011.

Having fast become an architectural icon with its three curving towers topped off by a “SkyPark” shaped like a sleek ocean liner, Marina Bay Sands, alongwith its contemporary Resorts World Sentosa, led to tourist arrivals in Singapore hitting 11.6 million last year, breaking by far the previous record of 10.3 million set in 2007.

PricewaterhouseCoopers predicted that Singapore would overtake South Korea and Australia this year to become the second-largest Asia-Pacific casino market behind traditional leader Macau. “In 2011, with a full year’s operation for both resorts, we expect revenues to reach $5.5 billion, growing to $8.3 billion by 2014,” it said.

Given this background, what do you imagine is the potential offered by Euro Vegas, which in scale is being planned by LVS as possibly 10 times as big as the Singapore project?