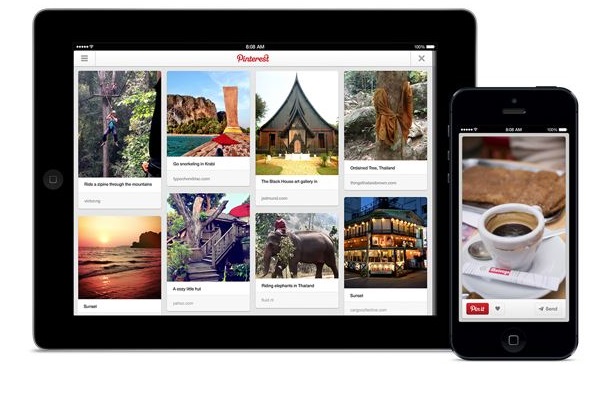 Social media platform Pinterest is about to introduce advertising in the form of “promoted pins” in search results and category feeds. The company is looking forward to finally monetize the site while it continues to grow in popularity. It believes that the monetisation of its services will help push the firm forward.

The four year old firm proclaimed that it is not going to bombard users with banner advertising, however it will offer loosely targeted pitches based on certain factors.
“We’re going to start experimenting with promoting certain pins from a select group of businesses,” Pinterest co-founder and CEO Ben Silbermann announced in a blog post Thursday. “For our first test, we’ll promote a few pins in search results and category feeds.

For example, a pin for a Darth Vader outfit from a costume shop might be promoted in a search for ‘halloween.’ Nobody’s paying for anything yet — we want to see how things go and, more than anything, hear what you think.”

CEO Ben Silbermann stressed that the promotions would be “tasteful… transparent…and relevant”, and the system would  be subject to change over time based on user feedback. At the moment the company is offering the trial scheme to selected advertisers for free.
The converging point here is creating quality advertising content, highlighting the significance and chance for marketers to develop pleasing and engaging content that integrates well with Pinterest’s present format. The Promoted Pins feature is apparently designed to align seamlessly with existing Pinterest content and also appeal to users in the same way. Pinterest is perceived for its aesthetically rich user experience, and successful advertising content will need to maintain a similar level of visual flair to meet the requirements detailed by CEO Ben Silbermann.

The new feature introduced is similar to Facebook and Twitter, which also presents brands the choice to promote content. Pinterest had always remained ad-free. However the Promoted Pins feature will mark the first time such a move towards commerce has been made. As a Tech blog notes, the strategy here appears to have been to build on a user base first and may later develop an advertising game plan. Industry Leaders consider this as a great plan.

Pinterest has faced new competition in recent months from Fancy, a New York startup with the same focus on curating images of desirable items. Pinterest is incredibly popular; it’s third only to Facebook and Tumblr for the amount of time people spend on the site, roughly about 98 minutes in a month.  A third of all Pinterest users make more than $100,000 a year.

According to figures from comScore Pinterest has about 46.9 million monthly unique visitors globally as of July, while April had seen a high of 54.2 million. The analytics firm says the majority of Pinterest demographic are female, and about 60 per cent of its traffic comes from the United States, while  Europe has about 20 per cent and 10 per cent is from from Asia Pacific. Pinterest’s user base is shifting toward mobile advertising. According to AdWeek reports, its traffic on mobile devices boomed from 9 million unique visitors in January to 24 million in July.

Christy Gren
Christy Gren is an Industry Specialist Reporter at Industry Leaders Magazine she enjoys writing about Unicorns, Silicon Valley, Startups, Business Leaders and Innovators. Her articles provide an insight about the Power Players in the field of Technology, Auto, Manufacturing, and F&B.
« Tablet, Cellphone unlocking should be legalized: White House
Alibaba decides to move IPO to the US »
Leave a Comment
Close