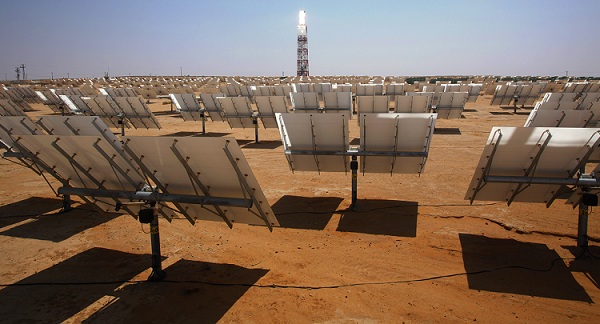 Brightsource Energy has abandoned its IPO.  Citing adverse market conditions stemming from a lack of public interest/funding in greentech solar companies, the company withdrew its plans to become listed and offer shares on the NASDAQ last month.  Brightsource Energy, based in Oakland, California, is considered the United States leader in the development and application of solar energy for large-scale power plants.  The company CEO John Wollard advised the media that going through with the IPO would have left the company and its investors in an unfavorable position.  Raising $250 million of capital in the United States proved to be too much of a challenge for Brightsource Energy but the challenge, in terms of the market, stems from competition in China and it effects on the United States’ green energy policy.

China has been the predominate market force in solar energy and is the leading manufacturer of photovoltaic solar panels worldwide.  Chinese Government subsidies of 30 billion dollars help to offset the cost of manufacturing solar panels and this has led to an excess of supply in the Chinese market.  Exporting the solar panels became a necessity and the greentech conscious United States market continues to demand Chinese supply.  More Americans have been adopting green energy lifestyles and the important factor has been that associated costs have fallen dramatically over the years.  The limited number of United States manufactureerss has created domestic pricing conditions where the cost of installing Chinese solar panels accounts for a roughly 10% savings for the U.S. consumer.  Companies associated with the installation and maintenance needs of solar power production have also been the beneficiaries of low Chinese prices.  Consumer preference continues to favor the savings provided by Chinese manufactured solar panels over the increased cost of those produced domestically.  Mirroring consumer preference the U.S. Government has altered its renewable energy policy by cutting funding for federal grants, leaving Brightsource Energy in a compromised position for future growth.

What do Critics say?

Critics of U.S. solar panel manufacturers contend that a tariff on Chinese produced solar panels would stifle the booming green energy segment of the U.S. economy.  Companies that install and maintain solar energy equipment for U.S. consumers say that the tariff could adversely effect growth and jobs within the industry.  According to experts, the proposed tariff could increase the cost of adopting solar energy domestically around 20%.  This could cause adverse effects throughout the greentech industry, negatively impact U.S. consumers, and halt a decade long trend toward broader domestic adoption of green energy.  Technicians and manufacturers of related technologies are sounding the alarm about the Tariffs potential effects.

Brightsource Energy received a $1.6 Billion dollar loan guarantee from the U.S. Department of Energy in April 2011 to maintain 86 permanent operations and maintenance jobs.  Initial filing for an IPO with the SEC occurred during the same month and reflected positive market conditions for the solar power industry.  This trend of positive market favor and United States policy has ended and so has the IPO of Brightsource Energy.  The venture capital and corporate backed green energy company invariably has a lot of interest in the fate of proposed Chinese solar panel tariffs and the stability of the business depends on U.S. government policy.  Brightsource with its business being the building of large solar power plants utilizes large solar mirror arrays.  The cost of these arrays is an important component to the ongoing sustainability and profitability of Brightsource Energy as a leader among greentech industries.

It is clear that Brightsource Energy’s CEO and Board of Directors had no choice but to back out of the IPO.  The decision was based on unfavorable market conditions and the current volatility within the green energy industry.  Consumer preference for low-cost Chinese photovoltaic solar panels and changes in U.S. government policy was substantial enough to frighten away investors. Withdrawing the IPO was the only way for the CEO and Board of Directors to protect the companies investors and ensure the survival of Brightsource Energy.