ADM bid for GrainCorp to start the bidding war 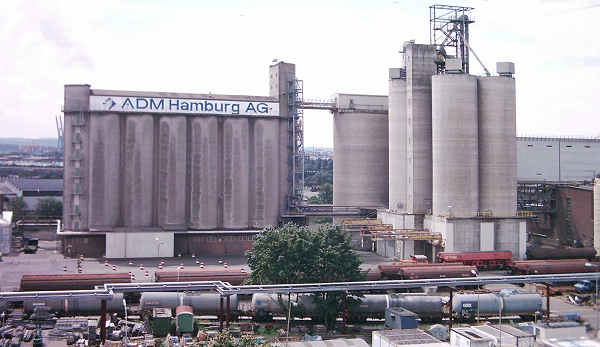 Archer Daniels Midland Co. (ADM), the U.S. agriculture giant, offered a $2.8 billion bid for GrainCorp. After GrainCorp confirmed receiving a bid from ADM, Australia’s grain handler’s shares grew as much as 40 percent, to $12.50. According to analysts, the ADM’s takeover bid will not be enough. The bidding war is expected to start.

Due to competition for grains trading power the takeover offer made by Archer Daniels Midland (ADM) is not surprising. These days a consolidation in the global grain sector is noticeable. The ADM’s bid for GrainCorp comes as four companies, including Archer Daniels, Bunge, Cargill and Louis Dreyfus, have dominated the market of the global agricultural business. Archer Daniels Midland (ADM), Illinois-based company, is one of the world’s biggest agricultural processors, with approximately 30,000 workers worldwide and over 270 processing plants.

However the ADM’s bid for GrainCorp is not the first move of the U.S. agriculture giant showing that the company wants to go ahead of its old rivals like Cargill and new competitors such as Glencore International Plc and Olam International Ltd.

Therefore the Australia’s grain handler has appointed both Credit Suisse and Greenhill as financial advisers. The company has decided to appoint Gilbert+Tobin as legal advisers.

The company informed in a statement: “The GrainCorp board is reviewing the proposal and has not yet formed a view on its merits and will keep the market informed of any material developments.” Yet the company is expected to want an offer to be closer to $14 a share as it is the owner of integrated and strategic assets.

The increase is GrainCorp’s shares suggests that traders as well as analysts are convinced that another bid might emerge or that the board of the Australia’s grain handler will insist on the higher offer before recommending the takeover bid made by Archer Daniels Midland (ADM).

The strategic nature of GrainCorp’s assets, which include 280 storage sites and 19 trains, could lure more bidders. Mark Wilson, an analyst at Deutsche Bank, believes that because of the Australia’s grain handler’s assets there are many other parties, including Asian investors and other grain-related companies, which would be interested in the bidding.

Among those, who might be interested in GrainCorp’s assets, are for example Cargill Inc., Louis Dreyfus Commodities BV, Gavilon LLC, Bunge Ltd., Wilmar International Ltd., Olam International Ltd., according to Stuart Jackson, an analyst at JPMorgan Chase & Co.