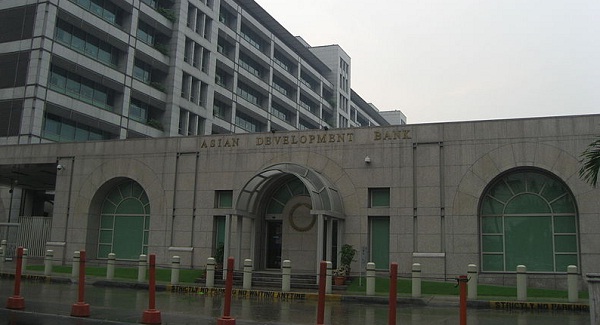 According to the newest survey, the Asian Development Bank expects Asia’s emerging economies to witness a weak recovery in 2013. However, the Manila-based bank underlined that the expected rebound might be challenged by several risks, including the ongoing crisis in the European Union, the so-called US fiscal shock and the reemergence of the nationalism in Asia itself.

On the 9th of April, the Asian Development Bank issued its forecast for Asia’s emerging economies indicating that the region would enjoy a weak recovery. In the forecast, which covers as many as 45 nations, the ADB underlined that Asia was back on the growth track. According to the estimates of the bank, the region will witness an advancement of about 6.6 percent in 2013 and approximately 6.7 percent in 2014. Certainly, the projected growth is significantly smaller than one witnessed before the global financial crisis, yet analysts note that the times of the double-digit expansion are behind us. In spite of not too much optimistic expectations, the outlook is, without a doubt, slightly better than the 6.1 growth recorded by Asia’s emerging economies in 2012.

However, the Asian Development Bank underlined in its outlook that growth would be asymmetrical in the region. China is expected to expand between 7 percent and 8 percent in the ongoing year which is more or less in line of the Chinese official projections.  The advancement of the world’s second economy will be significantly higher than paces of expansion which are expected to be recorded by Thailand and Malaysia, not to mention Singapore.

While the Asian Development Bank expects a weak recovery in the region, it also highlights many risks that can wreak havoc with the rebound. The Manila-based bank underlined in its Asian Development Outlook:  “Developing Asia’s recovery phase remains vulnerable to shocks.”

What’s more, the Asian Development Bank noted in the report that the Asia’s emerging economies would be prone to the ongoing crisis in the European Union as well as the so-called US fiscal shock. These two episodes pose a great threat to the stability of the region’s macroeconomics, according to the findings of the bank.

But the report by the Asian Development Bank also pointed out the danger of rising nationalistic tendencies in the region. According to the forecast, the territorial dispute over the Senkaku Islands demonstrates all threats of the nationalistic quarrel between two countries. In fact, it was underlined that the border issues pose the biggest threat to the stability of economic conditions in Asia. It seems that again political risks should be considered main menaces to the global and regional economic future.

In addition, the Asian Development Bank underlined in its outlook that Asia would be even much more under Middle Eastern oil’ thumb in the next twenty years than today. The dependence will have an immense impact on its vulnerability to supply shortages and energy crisis.

But that is not the last of the Manila-based bank’s warnings as it was not that Asia’s emerging economies should focus on securing green energy to back its growth. If Asia continues to use mainly on coal and oil  and does not implement any significant changes in its energy policies,  the region is estimated to emit destructive gases adding substantially to the global warming. Without energy, Asia will, without a doubt, have to rationalize its ruthless growth-oriented plans. If Asia wants to continue its growth, it should carefully analyze all risks which it might face in the near future.

Anna Domanska
Anna Domanska is an Industry Leaders Magazine author possessing wide-range of knowledge for Business News. She is an avid reader and writer of Business and CEO Magazines and a rigorous follower of Business Leaders.
« Battle over Martha Stewart’s products continues
March sees China’s inflation slowing down »
Leave a Comment
Close