PepsiCo buys SodaStream as it doubles down on sustainability

Nelson Peltz’s Trian Fund Management LP is reviving its campaign to slit up PepsiCo less than a week after Pepsi-Cola and Lay’s potato chips said it would not derivate its North- American beverage business. Trian Fund Management LP had sent a 37-page letter to PepsiCo’s BOD summarizing why it still thinks the snack and drinks giant should derivate its struggling beverage business and focus on its billion-dollar snack brands like Lays, Cheetos and Doritos.

The activist shareholder had withdrawn in recent months as PepsiCo’s management completed an exhaustive strategic review. The results, which were disclosed last week, did not please Mr. Peltz. Trian Fund Management LP which owns an estimated $1.2 billion PepsiCo stock it cumulated last year also informed PepsiCo BOD that it will commence meetings with shareholders on an immediate basis. It might also conduct public shareholders forums to stimulate investor support for a breakup of Lay’s potato chips and Pepsi-Cola. 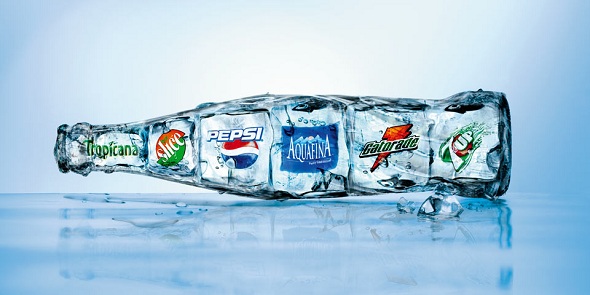 PepsiCo owns 22 iconic, billion dollar brands which are the flagship snacks and beverages.

Trian published a white paper last July insisting on PepsiCo spin off its underperforming beverage business and acquire Mondelez International Inc (whose brands include Oreo Cookies and Trident Gum) in an effort to create a global snacks powerhouse.

PepsiCo is firm on conducting business as usual and would boost dividends and stock buybacks by 35% this year. Akin to rival Coca-Cola Co, PepsiCo has been battling the decline of soda sales in developed markets such as the United States since more and more health-conscious consumers are reaching out for non-carbonated beverages like juices and health drinks.

PepsiCo CEO Indra Nooyi said that decoupling beverages and snack business in North America would considerably reduce the brands relevance to its consumers. In the 37-page letter send by Train it was analyzed that since Chief Executive Indra Nooyi took over in October 2006; PepsiCo shares have a total return including dividends of about 47%, less than half of that of Coke and the broader index of consumer staple stocks. It included that the best possible way to ensure performance was by separating global snacks and beverages, putting each business in the hands of an empowered and focused management. Subsidizing beverages have cramped the more profitable and faster-growing snacks business. It also mentioned that PepsiCo made several missteps in order to give up against Coke which has been introducing nimble and new products in recent years.  Chief Executive Indra Nooyi made a mistake in 2010 by buying its two largest U.S bottlers paying $7.8 billion since she believed the bottling system was in disarray.

However, Mrs. Nooyi has time after time insisted that PepsiCo’s beverages which generated 48% of the company’s revenue last year have given the company a significant leverage around the globe, lowering costs and increasing influence with retailers.

Trian in an attempt to back the campaign said that separating management’s teams can improve operations or lose to rivals.

Currently breaking up companies has been a widespread theme for activist shareholders who are keen on splintering conglomerates.

This year alone activists are seeking out to slip Dow Chemical Co. and eBay Inc., even at the resistance of such companies. However, companies resisting the spilt argue that it brings cost saving and helps customers relationships. Moody Investors Service, a credit-rating firm has raised questions that several suggested splits could put those companies at risk of having too much debt.
PepsiCo in its decision to not derivate the two business had taken an exhaustive review which involved external consultants and bankers. The Giant conglomerate said in a statement this week that they are confident in their ability to deliver long-term shareholder value as an integrated good and Beverage Company.