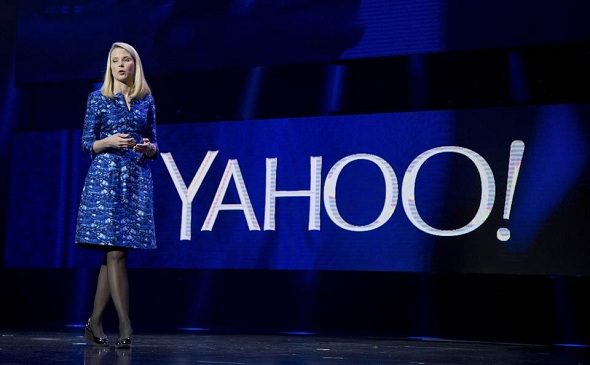 Activist investor Jeffrey Smith, in a letter on Friday urged Yahoo Inc. to buy AOL Inc. and to head in a direction where they can reduce future taxes on the company’s stake in China’s Alibaba Holdings Group. He likewise rebuked Marissa Mayer, CEO of Yahoo for spending $1.3 billion to acquire Tumblr and more than two dozen different startups during the last two years with little returns coming in the name of the company.

Smith furthermore said that he has built a “huge” stake in Yahoo through Starboard Value LP. The size of the stake wasn’t provided in the letter and hasn’t yet been unveiled in regulatory filings.

Investors and analysts believe that Yahoo and AOL getting together would allow the merged entity to reduce costs, attract a huge user base, and above all, fortify their internet advertising arm to fight against rivals such as Google Inc. and Facebook Inc.

In a statement, Mayer said she looked forward to discussing Smith’s ideas. “Going forward, we have great confidence in the strength of our business,” Mayer said.

In 2012, Smith campaigned for change at AOL after he procured a 5.3 percent stake in the company and ran an unsuccessful campaign to win three board seats. He didn’t express any enthusiasm toward attempting to replace anybody on Yahoo’s nine-member board, which also includes Mayer.

This is the third time in the previous six years that an activist investor has focused on Yahoo for a shake-up. Carl Icahn grabbed three spots on Yahoo’s board in 2008 after criticizing the company for rejecting a $47.5 billion takeover offer from Microsoft Corp. Hedge-fund chief Daniel Loeb additionally received three board spots in 2012 in the wake of coordinating the dismissal of one of Yahoo’s past CEOs, Scott Thompson.

Since Mayer took over as Yahoo’s CEO in July 2012, Mayer has been acquiring startups and popular internet services, for example, Tumblr in a move to engage with a more youthful demographic and spread out Yahoo’s user base on smartphones and tablets as more users utilize mobile devices to connect to online services.

With AOL’s user base filled out of individuals who relied on dial-up modems to surf the Web, Mayer may see a buyout to be “too backward-looking for Yahoo,” Gillis said.

Yahoo could undoubtedly take over AOL, whose market value is currently esteemed somewhere near $3.5 billion. Excluding taxes, Yahoo is expected to receive $6 billion from selling 140 million of its shares in Alibaba, which recently made history with the biggest IPO in the history of America.