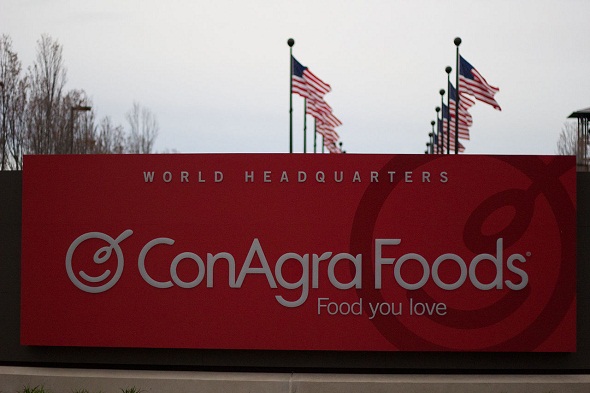 Jana Partners LLC – a hedge fund chaired by Barry Rosenstein that has disclosed a new active investment of about 7.2 per cent in ConAgra, stated in a regulatory filing on Thursday that it has asked ConAgra to push back its June 21 deadline to submit nominations for its annual meeting, to provide more time for group discussions. ConAgra stated in a statement in response to Jana’s filing that it has extended that deadline date to July 8.

Jana said in the filing that ConAgra’s $6.7 billion purchased stake of Ralcorp in 2013, and has been followed by unsatisfactory performance for the company’s stakeholder, negative revisions to long-term earnings targets, repeated guidance blunders, no divided per share growth, and operating performance challenges. The hedge fund partner stated that it began collecting its stake after ConAgra wrote down the deal by $1.3 billion in March.

Jana is calling on ConAgra to employee a new review strategy and corporate structure, and to additionally examining its operational performance and expenses, and the way it manages its capital allocation for the business. ConAgra shares have climbed up to 7.4 per cent to $42 in afterhours trading.

ConAgra said in the statement that the company welcomes shareholder’s engagement, and looks further to opening collaborative discussions with Jana Partners, after ConAgra earned its fourth-quarter earnings, which was released on June 30.

Jana, founded in 2001, has grown its funding services to overseas about $11 billion. While most of the hedge fund’s investments were inactive, where the firm collected an equity stake to try and cajole directors and executives to make changes to bolster shareholder’s returns. The firm has targeted many companies, including Apache Corp., Computer Sciences Corp., PetSmart Inc., Qualcomm Inc., Hertz Global Holdings Inc., Walgreen Co., Oil States International Inc. and URS Corp.

Before acquiring Ralcorp Holdings, ConAgra was focused on package foods with well-known food brands, including its line up with Hunt’s Ketchup, Orville Redenbacher’s popcorn, and Swiss Miss cocoa. The deal was a bet for the company that Ralcorp’s faster growing private-label foodservice business that sells supermarket brands, can be a good fit for the company.

For ConAgra’s board, Jana has lined up Brad Alford, James A. Lawrence, former CFO of General Mills and Unilever, and the former CEO of Nestlé USA. The hedge fund partner has also hired Diane Dietz as a consultant – the former head of private label at grocery-store chain Safeway Inc. – where Jana has successfully backed for a sale of the company.