Following its refinery acquisitions in Singapore and Japan, Chinese oil giant PetroChina is now in a deal to buy two refineries owned by British firm INEOS. The signing of the deal was overseen by British Deputy Prime Minister Nick Clegg and China’s Vice Premier Li Keqiang.

While China caps domestic fuel prices to tame inflation, the timing of this deal involving PetroChina expanding its global refining foothold, is critical.

The joint venture will be the third overseas refinery deal for PetroChina with a combined investment of more than $2 billion. Not only will this deal allow PetroChina, the world’s second most valuable energy firm and China’s second-largest refiner, a stronger foothold within Europe, but it will also encourage the formation of refining ventures at the Lavera refinery in France and Grangemouth in Scotland.

The inclusion of Lavera, part of the Fos-Lavera refining hub near Marseille, gives PetroChina a wider stance within Europe. “The proposal is consistent with our strategy of building a broader business platform in Europe and of becoming a leading international energy company,” Si Bingjun, general manager of PetroChina International London, said in a statement.

INEOS director Tom Crotty said Petrochina and INEOS will each hold 50 percent in the Lavera and Grangemouth refineries. “As an international company with a strategy for investing in Europe we think this is a great way for Petrochina to spread into Europe,” said Crotty, adding that the deal may also help INEOS to get a foothold in China.

The two firms plan to form a joint venture by the end of June to refine and trade oil products at the two plants, each of which processes about 210,000 barrels of crude oil per day.

“It is part of PetroChina’s global strategy — to play a bigger role in international oil trading, which needs support from refinery operations,” said Yan Kefeng of Cambridge Energy Research Associates. “But it sure faces challenges as the overall OECD refining market is shrinking. The sector there is still in the middle of consolidation. PetroChina has its refining margin protected domestically, but not in the global market.”

PetroChina will also inject capital into INEOS, but neither company specified the amount.

“These agreements will help secure the long-term future of jobs and skills at Grangemouth and Lavera, in partnership with one of the world’s largest energy companies,” said Callum MacLean, chief executive of INEOS Refining.

“The INEOS deal is also a hedge against the uncertain domestic product pricing policies amid China’s inflation clampdown,” he said.

INEOS, a privately-held chemicals firm, bought the two refineries when it paid BP Plc $9 billion for its Innovene petrochemicals business in 2005. Last year, industry sources said the offer level for Grangemouth was about $6 billion-$7 billion.

Grangemouth is connected to the North Sea Forties pipeline, which delivers about 650,000-700,000 bpd of crude oil, roughly half of Britain’s daily production. 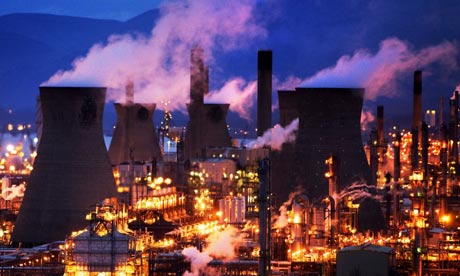 Morgan Stanley has a deal with INEOS for product marketing and some crude oil purchasing. INEOS’s Crotty said it was too early to say what will happen to the Morgan deal.

Among INEOS’s portfolio of projects is a plan to build and operate a 400,000 tonne per year phenol plant in China’s Jiangsu province together with PetroChina’s rival Sinopec Corp.

Most meat in 2040 will not come from animals, says report. However, the recent decline in sales of plant-based meat fell by 1.8 percent compared to the year before, taking declines
7 hours ago